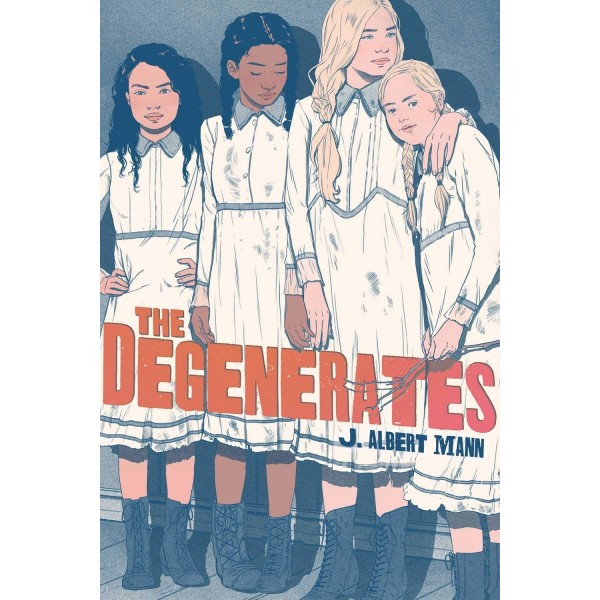 The Massachusetts School for the Feeble-Minded is not a happy place. The young women who are already there certainly don't think so. Not Maxine, who is doing everything she can to protect her younger sister Rose in an institution where vicious attendants and bullying older girls treat them as the morons, imbeciles, and idiots the doctors have deemed them to be. Not Alice, either, who was left there when her brother couldn't bring himself to support a sister with a club foot. And not London, who has just been dragged there from the best foster situation she's ever had, thanks to one unexpected, life altering moment. Each girl is determined to change her fate, no matter what it takes.

In the tradition of Girl, Interrupted, this fiery historical novel follows four young women in the early 20th century whose lives intersect when they are locked up by a world that took the poor, the disabled, the marginalized — and institutionalized them for life.

"The author portrays the movement’s prejudice, racism, and violence with brutal realism; an author’s note explains that the doctors’ dehumanizing dialogue comes verbatim from real medical notes. Crucially, she reminds readers that such prejudice still exists. She also explains all named characters’ diagnoses, which range from hydrocephalus to autism, and considers her own spinal disability and white privilege.... Respectful, unflinching, and eye-opening." — Kirkus Reviews