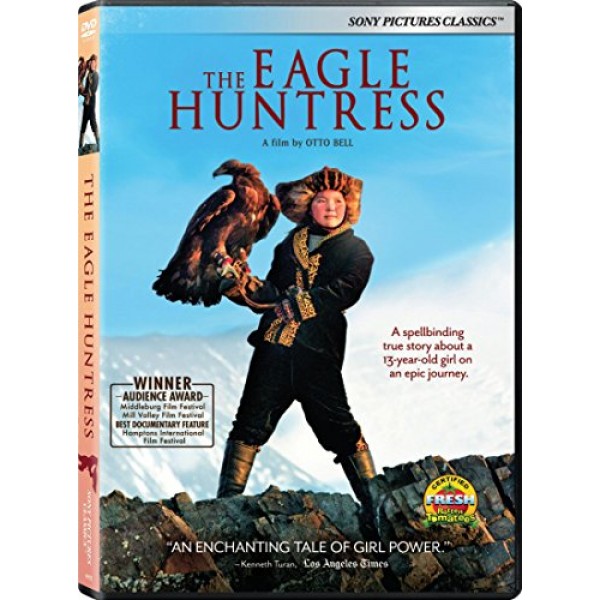 The Eagle Huntress follows Aisholpan, a 13-year-old girl, as she trains to become the first female in twelve generations of her Kazakh family to become an eagle hunter, and rises to the pinnacle of a tradition that has been handed down from father to son for centuries. Throughout, her passion for the practice and her love of her eagle companion shine through.

Set against the breathtaking expanse of the Mongolian steppe, The Eagle Huntress features some of the most awe-inspiring cinematography every captured in a documentary, giving this intimate tale of a young girl's quest the dramatic force of an epic narrative film.