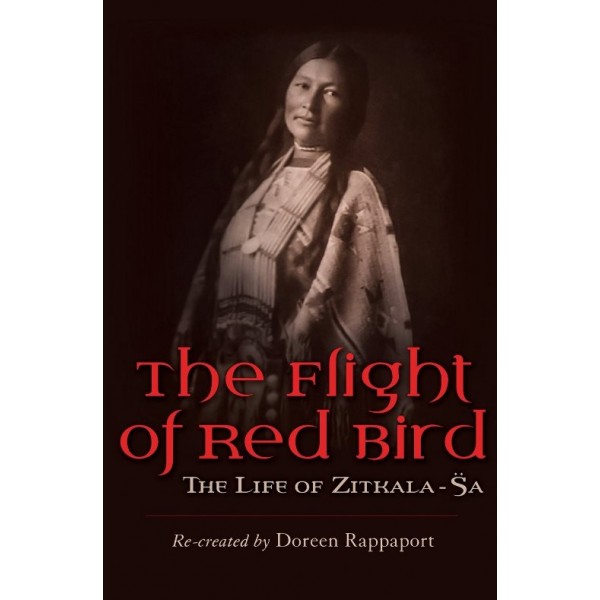 The Flight of Red Bird: The Life of Zitkala-Sa

Writer, lecturer, and activist Gertrude Bonnin, also known as Zitkala-Sa, was one of the first and most important Native American reformers of the early twentieth century. In this book, Bonnin's own writing is combined with additional sources to tell the story of her early childhood, including years of forced attendance at boarding schools.

"In this moving work, Rappaport adroitly recreates the life of a Native American woman born in 1876 on the Yankton Reservation in South Dakota who was forced to give up her cultural heritage and become 'civilized' -- the consequence of which was her lifelong activism." -- Kirkus

"Rappaport, an awarding-winning YA author, spent years researching this fascinating woman and has produced an insightful 'autobiographical biography' that will appeal to the YA penchant for justice, individuality, and freedom." -- VOYA

"The overall impression that one receives from these writings is one of loss and unhappiness, a result of the profound identity crisis that the woman felt stranded between the Indian and white worlds. This well-documented, uniquely presented book... should strike a chord among adolescents establishing their own identities." -- School Library Journal