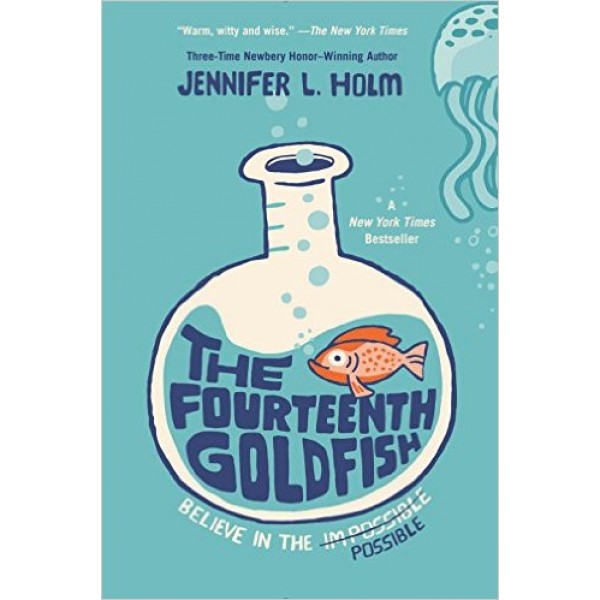 Galileo. Newton. Salk. Oppenheimer. Science can change the world... but can it go too far?

Eleven-year-old Ellie has never liked change. She misses fifth grade. She misses her old best friend. She even misses her dearly departed goldfish. Then one day a strange boy shows up. He's bossy. He's cranky. And weirdly enough... he looks a lot like Ellie's grandfather, a scientist who's always been slightly obsessed with immortality. Could this pimply boy really be Grandpa Melvin? Has he finally found the secret to eternal youth?

With a lighthearted touch and plenty of humor, Jennifer Holm celebrates the wonder of science and explores fascinating questions about life and death, family and friendship, immortality... and possibility. Ellie and Melvin return in the sequel, The Third Mushroom.

"Ellie learns about the work of Jonas Salk, Robert Oppenheimer, and Marie Curie. But as she learns more, she realizes that scientific discoveries often have unforeseen consequences. Readers are carried along with Ellie as she navigates old and new friendships in her first year in middle school with the added complication of her teenage grandfather at the same school....With humor and heart, Holm has crafted a story about life, family, and finding one's passion that will appeal to readers willing to imagine the possible." -- Amanda Raklovits, School Library Journal