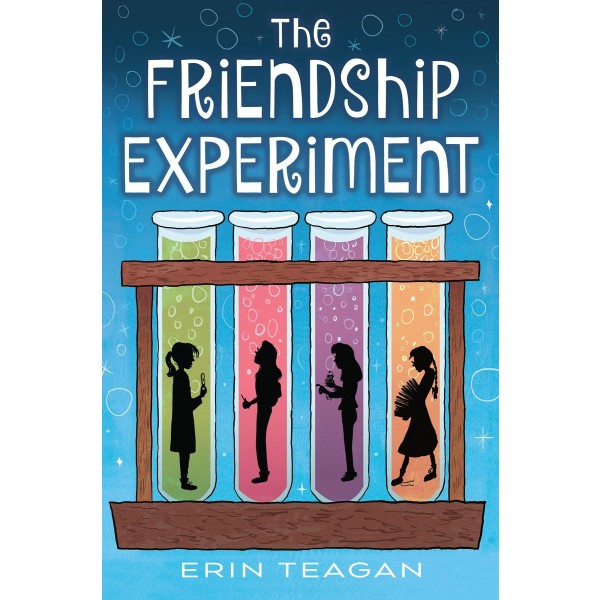 Future scientist Madeline Little is dreading the start of middle school. Nothing has been right since her grandfather died and her best friend changed schools. Maddie would rather help her father in his research lab or write Standard Operating Procedures in her lab notebook than hang out with a bunch of kids who aren't even her friends.

Despite Maddie's reluctance, some new friends start coming her way — until they discover what she's written in that secret notebook. And that's just part of the trouble. Can this future scientific genius find the formula for straightening out her life? Readers with sympathize with Maddie's struggles as the world seems to shift under her feet, and cheer for her as she finds her way.

"Scientifically minded Madeline Little, an 11-year-old with an inherited blood-clotting disorder, is beginning middle school with two chips on her shoulder. One is fueled by resentment that her best friend has transferred to a private school. The other involves her anger over her parents’ decision to sell her scientist grandfather’s house now that he has died. Madeline’s feelings emerge as sarcasm and meanness toward her peers, but after a series of disasters, she recognizes that although she shares her grandfather’s passion for microbiology, she hasn’t followed his advice: 'The most important thing in life is to be kind'.... First-time author Teagan underscores the importance of compassion and forgiveness as she provides thoughtful insight into a girl working hard to try to maintain control over a life filled with unwelcome developments." — Publishers Weekly