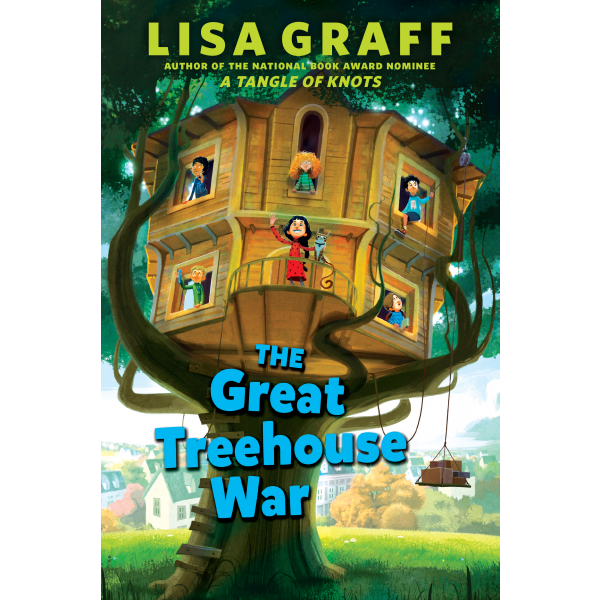 Winnie's last day of fourth grade ended with a pretty life-changing surprise. That was the day Winnie's parents got divorced and decided that Winnie would live three days a week with each of them and spend Wednesdays by herself in a treehouse between their houses, to divide her time perfectly evenly. It was the day Winnie's seed of frustration with her parents was planted, a seed that grew until it felt like it was as big as a tree itself.

By the end of fifth grade, Winnie decides that the only way to change things is to barricade herself in her treehouse until her parents come to their senses -- and her friends decide to join. It's kids vs. grown-ups, and no one wants to back down first. But with ten kids in one treehouse, all with their own demands, things get pretty complicated! Even if they are having the most epic slumber party ever.

In the newest novel by beloved National Book Award finalist Lisa Graff, kids turn the tables on their parents, and all the rules are tossed out the window. But does Winnie have what it takes to hold her ground and keep everyone happy?

"Graff (A Clatter of Jars) structures her story as a 'collective memoir' that Winnie and her friends put together in hopes of winning a writing contest and avoiding flunking; editorial comments from her friends offering editorial commentary are scattered throughout on sticky notes, along with maps, memos, emails, cartoons, and how-to guides, creating a vibrant patchwork of personalities that gives voice to the power of friendship." — Publishers Weekly