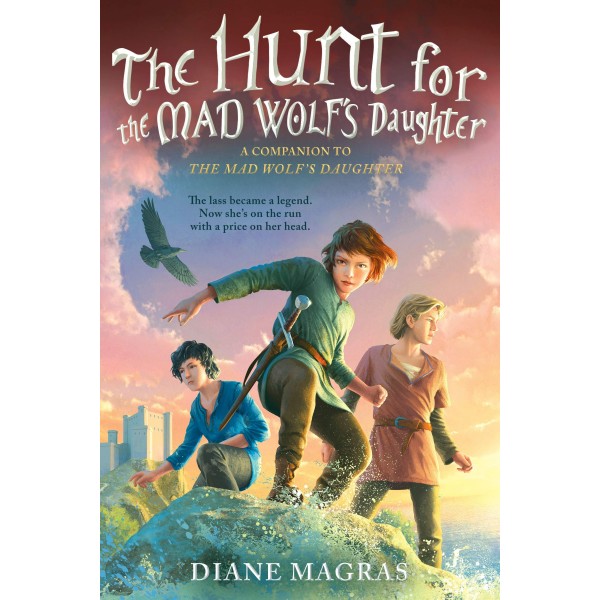 The Hunt for the Mad Wolf's Daughter

In this Scottish medieval adventure, after attempting a daring rescue of her war-band family, Drest learns that Lord Faintree's traitorous uncle has claimed the castle for his own and convinced the knights that the lord has been slain... by her hand. Now with a hefty price on her head, Drest must find a way to escape treacherous knights, all the while proving to her father, the "Mad Wolf of the North," and her irrepressible band of brothers that she is destined for more than a life of running and hiding. Even if that takes redefining what it means to be a warrior.

In this exciting sequel to The Mad Wolf's Daughter, Drest must question who she can trust and find ways to bring allies to her side if she's going to claim her own place as a fierce and ingenious leader in her feudal 13th century Scottish home.

"[Drest's] position is not an easy one, as the political winds continue to shift, betrayals abound, and battles rage. Magras deftly balances introspection and action as Drest proves herself willing to risk everything — and the result will leave readers cheering. Fair-minded men and strong women in unusual roles make this a standout among quest tales for middle graders." — Kirkus Reviews