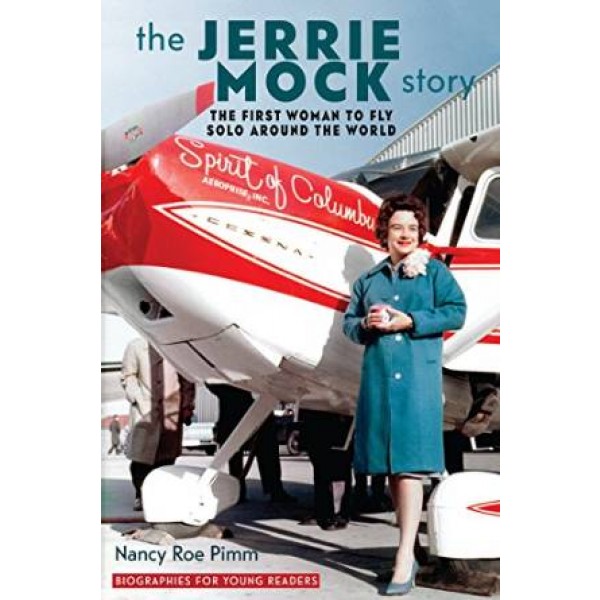 Geraldine "Jerrie" Mock caught the aviation bug at seven years old, when she rode in a Ford Trimotor plane with her parents. In high school, she displayed a talent for math and science, and she was the only woman in her aeronautical engineering classes at Ohio State University. Although she then settled into domestic life, she never lost her interest in flying. What began as a joking suggestion from her husband to fly around the world prompted her to pursue her childhood dream. But the dream became a race, as another woman, Joan Merriam Smith, also sought to be the first to circle the globe.

In her trusty Cessna, The Spirit of Columbus -- also known as Charlie -- she traveled from Columbus, Ohio, on an eastward route that totaled nearly twenty-three thousand miles and took almost a month. Overcoming wind, ice, mechanical problems, and maybe even sabotage, Mock persevered. But even though Mock beat Smith and accomplished what her heroine Amelia Earhart had died trying to do, her feat was overshadowed by the Vietnam War and other world events. Now, Pimm introduces Mock to a new generation of adventurers.