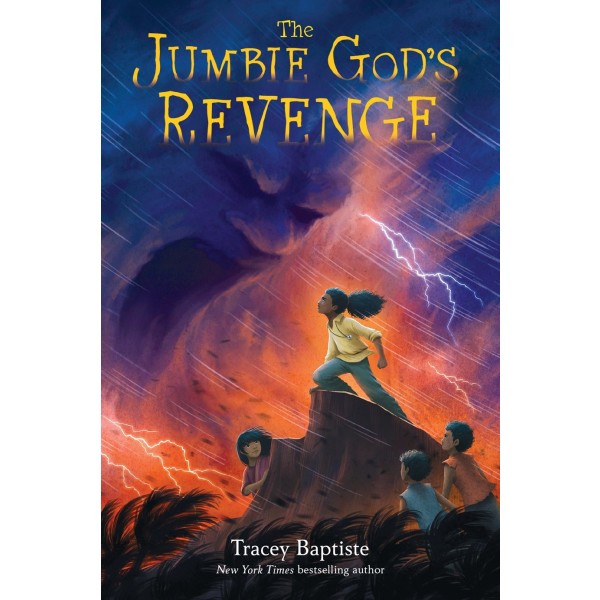 In book three of the popular Jumbies series, Corinne must use her emerging supernatural powers to battle the angry god who would destroy her Caribbean island home.

When an out-of-season hurricane sweeps through Corinne's seaside village, Corinne knows it's not a typical storm. At first Corinne believes Mama D'Leau — the powerful and cruel jumbie who rules the ocean — has caused the hurricane. Then a second, even more ferocious storm wrecks the island, sending villagers fleeing their houses for shelter in the mountains, and Corinne discovers the storms weren't caused by a jumbie, but by the angry god Huracan.

Now Corinne, with the help of her friends and even some of her enemies, must race against time to find out what has angered Huracan and try to fix it before her island home is destroyed forever.