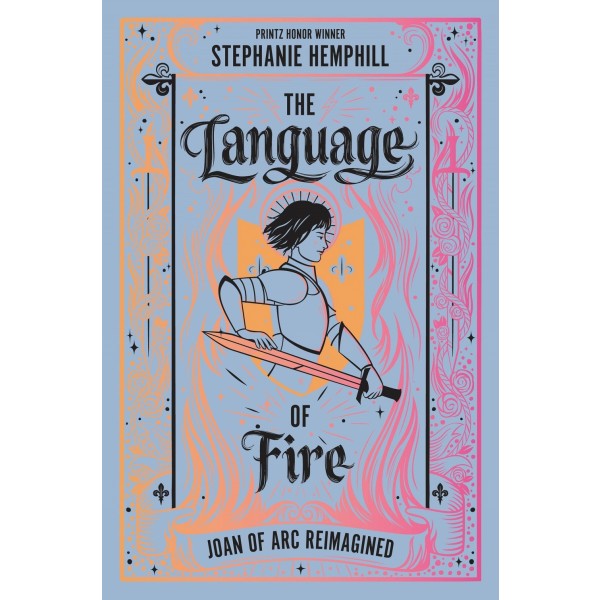 The Language of Fire: Joan of Arc Reimagined

Jehanne was an illiterate peasant, never quite at home among her siblings and peers. Until one day, she hears a voice call to her, telling her she is destined for important things. She begins to understand that she has been called by God, chosen for a higher purpose — to save France.

Through sheer determination and incredible courage, Jehanne becomes the unlikeliest of heroes. She runs away from home, dresses in men's clothes, and convinces an army that she will lead France to victory. As a girl in a man's world, at a time when women truly had no power, Jehanne faced constant threats and violence from the men around her. Despite the impossible odds, Jehanne became a fearless warrior who has inspired generations.

The Language of Fire is a lyrical, dark, and moving look at the life of Joan of Arc, who as a teen girl in the fifteenth century commanded an army and helped crown a king of France. This extraordinary verse novel from award-winning author Stephanie Hemphill dares to imagine how an ordinary girl became a great leader, and ultimately saved a nation.

"The heroine’s early years are imagined filled with angst and frustration (“It’s not as if I ask to be/ the girl on the margins”), while her later adolescence brims with certainty about her call and mission as she travels among the soldiers she leads, braves repeated threats, and suffers battle wounds.... Hemphill’s interpretation of known events, including Jehanne’s argument that she be released from an arranged marriage and vivid renderings of her long imprisonment, bring a sense of frail humanity to this outsize historical figure." — Publishers Weekly