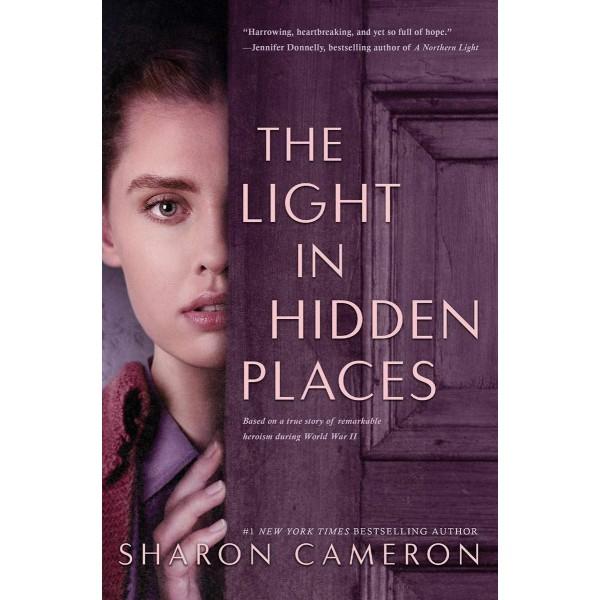 The Light in Hidden Places

One knock at the door, and Stefania has a choice to make... It is 1943, and for four years, sixteen-year-old Stefania has been working for the Diamant family in their grocery store in Przemsyl, Poland, singing her way into their lives and hearts. She has even made a promise to one of their sons, Izio — a betrothal they must keep secret since she is Catholic and the Diamants are Jewish.

But everything changes when the German army invades Przemsyl. The Diamants are forced into the ghetto, and Stefania is alone in an occupied city, the only one left to care for Helena, her six-year-old sister. And then comes the knock at the door. Izio's brother Max has jumped from the train headed to a death camp. Stefania and Helena make the extraordinary decision to hide Max, and eventually twelve more Jews. Then they must wait, every day, for the next knock at the door, the one that will mean death. When the knock finally comes, it is two Nazi officers, requisitioning Stefania's house for the German army.

With two Nazis below, thirteen hidden Jews above, and a little sister by her side, Stefania has one more excruciating choice to make. From a New York Times-bestselling author comes the extraordinary story of Stefania Podgorska, a Polish teenager who chose bravery and humanity.

"Living in fear and under constant suspicion, [Stefania, known as] Fusia holds down a full-time factory job, fends off a Polish officer’s advances, and undergoes several extremely close calls with the police, all while fiercely protecting Helena (an especially appealing character, sharp and savvy under her shy demeanor). This story of extraordinary survival is bolstered by an author’s note, accompanied by photos, that relates the happy future that followed for Fusia, Helena, and Max." — Publishers Weekly