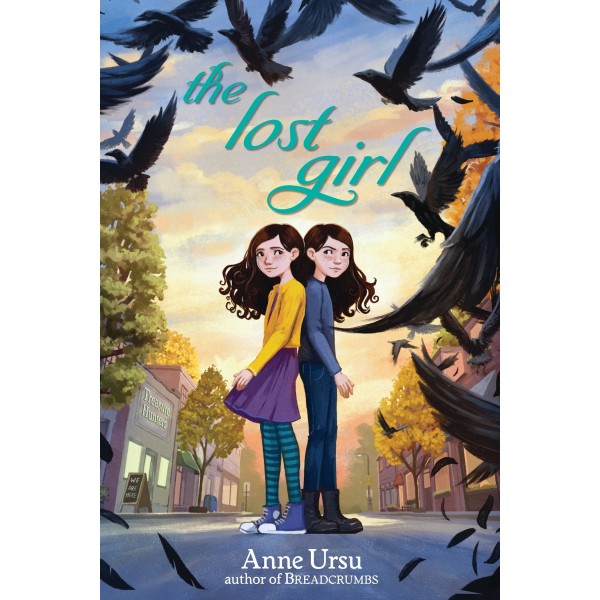 When you're an identical twin, your story always starts with someone else. For Iris, that means her story starts with Lark. Iris has always been the grounded, capable, and rational one; Lark has been inventive, dreamy, and brilliant — and from their first moments in the world together, they've never left each other's side. Everyone around them realized early on what the two sisters already knew: they had better outcomes when they were together.

When fifth grade arrives, however, it's decided that Iris and Lark should be split into different classrooms, and something breaks in them both. Iris is no longer so confident; Lark retreats into herself as she deals with challenges at school. And at the same time, something strange is happening in the city around them, things both great and small going missing without a trace. As Iris begins to understand that anything can be lost in the blink of an eye, she decides it's up to her to find a way to keep her sister safe. Anne Ursu, author of the National Book Award nominee The Real Boy, returns with a story of the power of fantasy, the limits of love, and the struggles inherent in growing up.

"Although the plot revolves around the girls’ burgeoning independence, Ursu focuses most on the separation’s effect on Iris. Having watched her sister face multiple illnesses, she’s become Lark’s protector and remains reluctant to give up this role. Grounded in spot-on twin truths, the mysterious story is also a modern-day fantasy with myriad components: local art heists and an antiques store with cryptic signs; the store owner’s magical experiments and missing sister; Lark’s own missing items and fondness for crows; Iris’ Pied Piper dreams and folktale musings; Iris’ after-school program at the library and its diverse group of girls, who explore self-esteem and feminism." — Kirkus Reviews