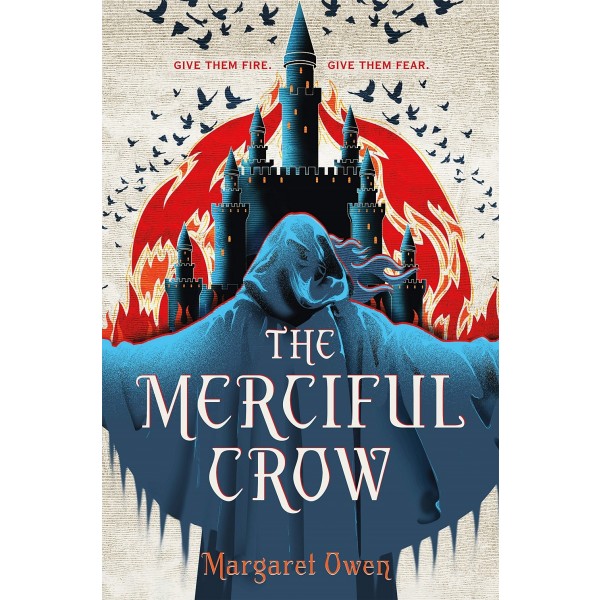 "One way or another, we always feed the crows." Fie abides by one rule: look after your own. Her Crow caste of undertakers and mercy-killers takes more abuse than coin, but when they're called to collect royal dead, she's hoping they'll find the payout of a lifetime.

When Crown Prince Jasimir turns out to have faked his death, Fie's ready to cut her losses — and perhaps his throat. But he offers a wager that she can't refuse: protect him from a ruthless queen, and he'll protect the Crows when he reigns.

Hawk warrior Tavin has always put Jas' life before his, magically assuming the prince's appearance and shadowing his every step. But what happens when Tavin begins to want something to call his own? Debut author Margaret Owen crafts a powerful saga of vengeance, survival, and sacrifice ― perfect for fans of Leigh Bardugo and Kendare Blake.

"Pursued throughout hostile territory and gradually stripped of allies and resources, Fie must learn to trust her newfound companions while mastering her Crow-given ability to channel magic through the bones and teeth of the deceased. Owen’s debut is a passionate blend of adventure and intrigue wrapped around strong worldbuilding and a unique magic system. Fie is prickly, adaptive, and fierce, the perfect foil for both privileged prince and increasingly sympathetic guard Tavin, for whom she develops feelings. Memorable and filled with diverse characters with fluid sexualities and identities, this tale is both a satisfying standalone and the first half of a planned duology." — Publishers Weekly