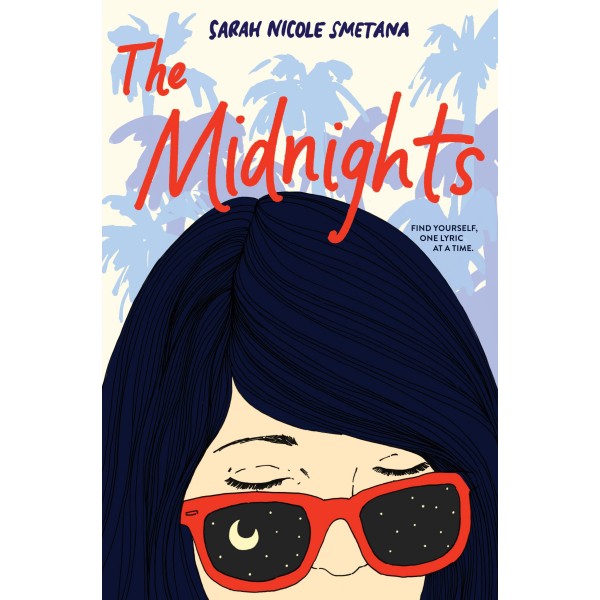 Susannah Hayes has never been in the spotlight, but she dreams of following her father, a former rock star, onto the stage. As senior year begins, she's more interested in composing impressive chord progressions than college essays, certain that if she writes the perfect song, her father might finally look up from the past long enough to see her. But when he dies unexpectedly, her dreams — and her reality — shatter.

While Susannah struggles with grief, her mother uproots them to a new city. There, Susannah realizes she can reinvent herself however she wants: a confident singer-songwriter, member of a hip band, embraced by an effortlessly cool best friend. But Susannah is not the only one keeping secrets, and soon, harsh revelations threaten to unravel her life once again. Set against the scintillating landscape of Southern California, The Midnights is an evocative coming-of-age debut about loss, creativity, and finding your voice while you're still finding yourself.

"After Susannah's father, a former rock star, crashes his car in what looks like suicide, her mother moves them in with her mother, Vivian, forcing Susannah at the height of her grief to juggle a new school and a grandmother she's never met. She immediately makes friends, though, with Lynn, a bar-going partier who is best friends with a group of musicians. They allow sensitive, hopeful, song-writing Susannah to explore her musical affinities and talent, which helps her feel close to her father, but Lynn's friendship comes with problems Susannah did not anticipate.... [W]hen Smetana sticks close to the intermingling of music, family issues, and the joy to be found through creative outpouring, the result is emotionally layered and moving." — Publishers Weekly