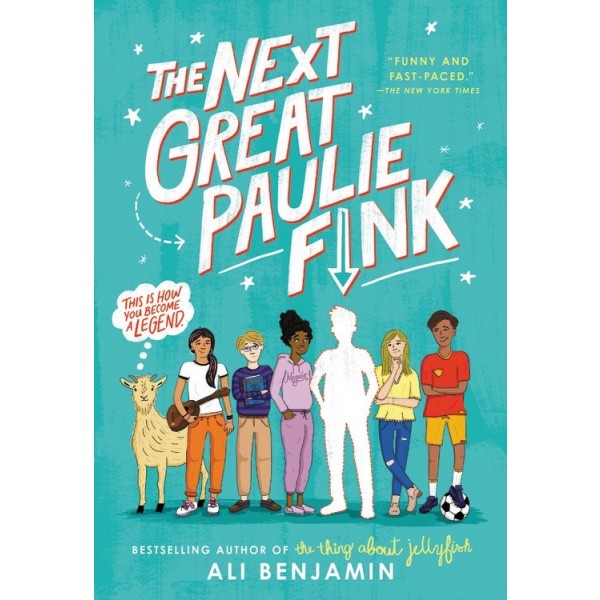 The Next Great Paulie Fink

When Caitlyn Breen begins her disorienting new life at Mitchell School — where the students take care of real live goats and study long-dead philosophers, and where there are only ten other students in the entire seventh grade — it seems like nobody can stop talking about some kid named Paulie Fink. Depending on whom you ask, Paulie was either a hilarious class clown, a relentless troublemaker, a hapless klutz, or an evil genius. One thing's for sure, though: The kid was totally legendary.

Now he's disappeared, and Caitlyn finds herself leading a reality-show-style competition to find the school's next great Paulie Fink. With each challenge, Caitlyn struggles to understand a person she never met... but it's what she discovers about herself that most surprises her. Told in multiple voices, interviews, and documents, this funny, thought-provoking novel from the bestselling author of The Thing About Jellyfish is a memorable exploration of what makes a hero — and if anyone, or anything, is truly what it seems.

"By the time the next great Paulie Fink is named, Caitlyn understands that it’s far more than one person they’re trying to save. A story with massive heart, Benjamin’s follow-up to The Thing About Jellyfish (2015) proves this writer’s incredible wit, charm, and ability to navigate deep questions while tapping directly into the middle school mindset.... A book to make readers think, question, reach, laugh, and strive harder." — Kirkus Reviews