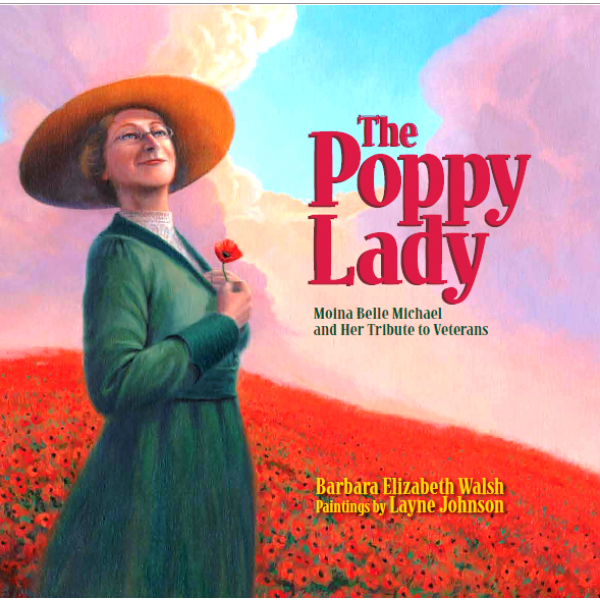 The Poppy Lady: Moina Belle Michael and Her Tribute to Veterans

When American soldiers entered World War I, Moina Belle Michael, a schoolteacher from Georgia, knew she had to act. Some of the soldiers were her students and friends. Almost single-handedly, Moina worked to establish the red poppy as the symbol to honor and remember soldiers. And she devoted the rest of her life to making sure the symbol would last forever. Thanks to her hard work, that symbol remains strong today.

"Inspired by Walsh’s father’s contact with Michael when he was a solider in World War II, this informative picture book is based on original interviews as well as Michael’s book The Miracle Flower (1941), articles, and websites. Rich with color, Johnson’s narrative paintings portray Michael’s life and times with warmth, drama, and attention to detail. Teachers looking for a heartfelt alternative to the familiar, too-often-pedestrian children’s books on Veterans Day and Memorial Day may want to introduce their students to the compassionate, determined 'Poppy Lady.' " -- Carolyn Phelan, Booklist