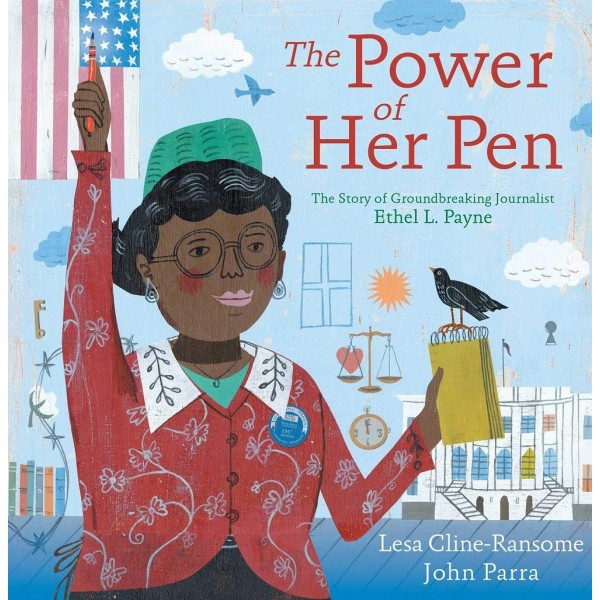 The Power of Her Pen: The Story of Groundbreaking Journalist Ethel L. Payne

"I've had a box seat on history, and that’s a rare thing." Ethel Payne always had an ear for stories. Seeking truth, justice, and equality, Ethel followed stories from her school newspaper in Chicago to Japan during World War II. It even led her to the White House briefing room, where she broke barriers as the only black female journalist. Ethel wasn't afraid to ask the tough questions of presidents, elected officials, or anyone else in charge, earning her the title, "First Lady of the Black Press."

Fearless and determined, Ethel Payne shined a light on the darkest moments in history, and her ear for stories sought answers to the questions that mattered most in the fight for civil rights. Renowned author Lesa Cline-Ransome and celebrated illustrator John Parra unite to tell the inspiring story of the groundbreaking African-American journalist who dedicated herself to truth and progress.