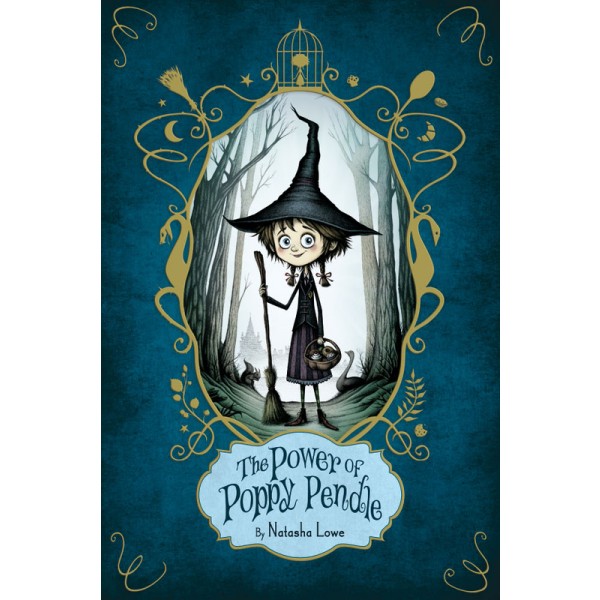 The Power of Poppy Pendle

To the delight of her ordinary parents, ten-year-old Poppy, has inherited the powers of a witch! In Poppy's world, witches are renowned for their work for good, and her parents are thrilled by the possibility of fame and prestige. But Poppy does not want to be a witch — she wants to be a baker, creating delicious treats. Her parents insist Poppy follow in the footsteps of her great aunt, a famous witch, and even remove the oven from their house to stop her from pursuing her dream.

That's the last straw for Poppy, and before long, her anger and resentment have sent her towards some dark paths and powers. Fortunately, with the help of some new friend (and the magic of good food,) Poppy finds a way to assert her needs that doesn't involve turning her parents into stone! Part magic, part adventure, and wholly delicious, this spirited story includes more than a dozen recipes you can try at home.

Fans of this story can read the rest of the Poppy Pendle series, The Courage of Cat Campbell, The Marvelous Magic of Miss Mabel, and The Daring Della Dupree.

"Lowe’s diverting first novel follows the sympathetic Poppy as she tries to convince her parents not to force her to become a witch and secretly befriends a nonwitch neighbor and the patisserie’s owner. But when her parents remove the oven from their house — well, then they’ve gone too far. Lowe presents Poppy’s turn to the dark side (she transforms her parents and other creatures in her path into stone and starts consuming junk food) as both understandable and disturbing. But of course friendship and good food win out in the end." -- Abby Nolan, Booklist