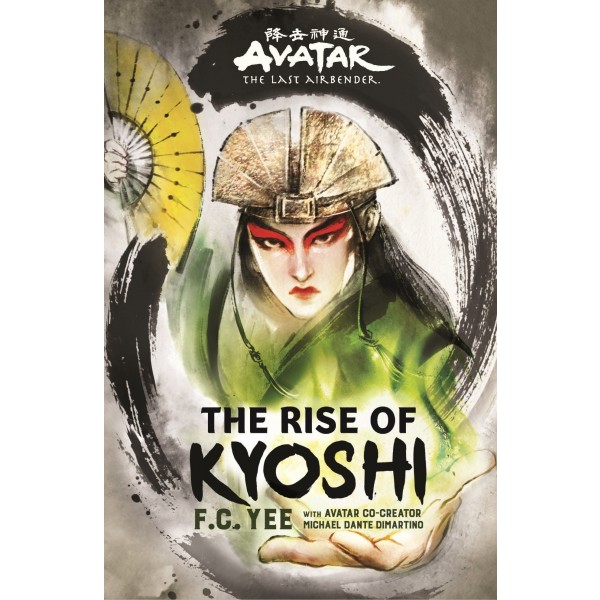 Avatar: The Rise of Kyoshi

Kyoshi is an orphan who serves Yun, the Avatar, the only person in the world who can bend all four elements and who lives to mediate both among the nations and between humans and spirits. But when a negotiation goes wrong, Kyoshi's earthbending abilities raise questions about whether she may be the true avatar — until she is betrayed. Now on the run, Kyoshi will have to learn the skills she needs to claim her place... and seek revenge.

F. C. Yee's The Rise of Kyoshi delves into the story of Kyoshi, the Earth Kingdom-born Avatar referenced in Avatar: The Last Airbender, who established the brave and respected Kyoshi Warriors — but also founded the secretive Dai Li, which led to the corruption, decline, and fall of her own nation. The first of two novels based on Kyoshi, The Rise of Kyoshi maps her journey from a girl of humble origins to the merciless pursuer of justice who is still feared and admired centuries after she became the Avatar.

"Yee (The Epic Crush of Genie Lo, 2017) artfully weaves in political entanglements as well as complex cultural identities to fully immerse readers in Kyoshi’s world. The pace strikes a careful balance between page-turning conflicts and revelations of Kyoshi's past. Each page is efficient in its storytelling, furthering the plot without lessening the suspense. Knowledge of the original series is ideal for full enjoyment. An action-packed tale that answers some long-awaited questions; fans will look forward to the promised sequel." — Kirkus Reviews