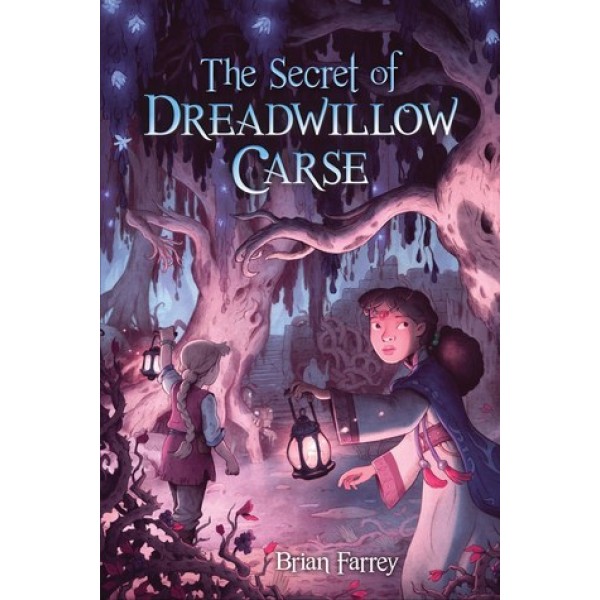 The Secret of Dreadwillow Carse

Twelve-year-old Princess Jeniah yearns to know what the marsh could conceal that might topple her family's thousand-year reign. After a chance meeting, Princess Jeniah strikes a secret deal with Aon, a girl from a nearby village: Aon will explore the Carse on the princess' behalf, and Jeniah will locate Aon's missing father. But when Aon doesn't return from the Carse, a guilt-stricken Jeniah must try and rescue her friend -- even if it means risking the entire Monarchy.

In this thrilling modern fairytale, Brian Farrey has created an exciting new world where friendship is more powerful than fate and the most important thing is to question everything.

"Chapters alternate among points of view, creating suspenseful cliff-hangers. Descriptive language abounds ('viscous ponds the color of tar burbled'), and an enigmatic tutor provides a venue for reflections on magic, power, and choice. The inclusion of diverse characters enhances the story: Jeniah and her mother are described as dark-skinned, and a royal petitioner casually seeks relationship advice for his same-sex romance. A thoughtful, atmospheric fairy tale that tackles the subtleties of ethics and emotions." -- Jill Ratzan, School Library Journal