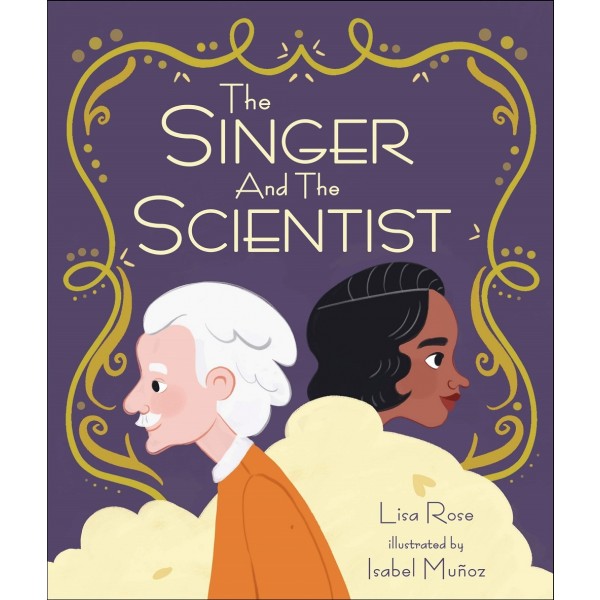 The Singer and the Scientist

It's 1937, and Marian Anderson is one of the most famous singers in America. But after she gives a performance for an all-white audience, she learns that the nearby hotel is closed to African Americans. She doesn't know where she'll stay for the night.

Until the famous scientist Albert Einstein invites her to stay at his house. Marian, who endures constant discrimination as a Black performer, learns that Albert faced prejudice as a Jew in Germany. She discovers their shared passion for music ― and their shared hopes for a more just world. So began an unexpected friendship between a groundbreaking singer and a pioneering scientist.

Author Lisa Rose doesn't shy away from hard truths about racism and anti-Semitism as she tells this little-known story, but highlights how small acts of kindness fight these injustices — both in the past and in the present. With colorful artwork that captures the personalities of these two pioneers, this picture book is a celebration of compassion and friendship.