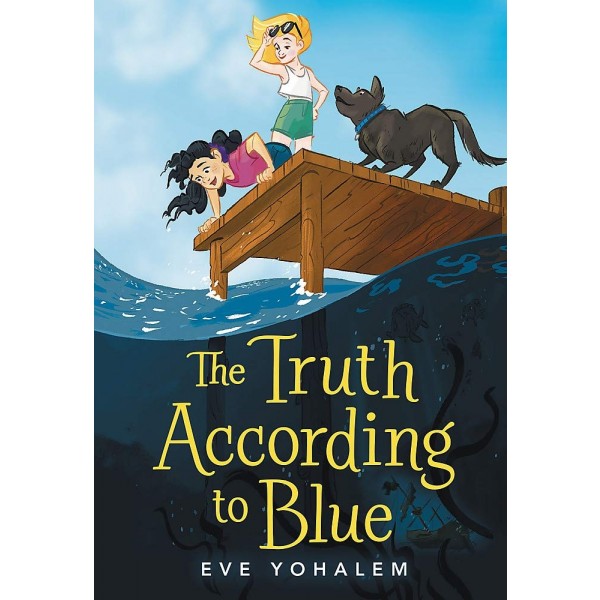 The Truth According to Blue

Thirteen-year-old Blue Broen is on the hunt for a legendary ship of gold, lost centuries ago when her ancestors sailed to New York. Blue knows her overprotective parents won't approve of her mission to find their family's long-lost fortune, so she keeps it a secret from everyone except her constant companion, Otis, an 80-pound diabetic alert dog. But it's hard to keep things quiet with rival treasure hunters on the loose, and with Blue's reputation as the local poster child for a type 1 diabetes fundraiser.

Blue's quest gets even harder when she's forced to befriend Jules, the brainy but bratty daughter of a vacationing movie star who arrives on the scene and won't leave Blue alone. While Blue initially resents getting stuck with this spoiled seventh grade stranger, Jules soon proves Blue's not the only one who knows about secrets — and adventure.

Will Blue unravel a three hundred year-old family mystery, learn to stand up for herself, and find the missing treasure? Or is she destined to be nothing more than "diabetes girl" forever? This is a heartfelt middle grade adventure about one girl's search for sunken treasure, friendship, and her place in the world.

"Blue’s first-person voice is funny and immediate in her desperation to find the treasure, which connects her to her beloved late grandfather and which, she hopes, will distinguish her from being merely 'Diabetes Girl.' Copious nitty-gritty details of blood-sugar management — testing, counting, taking insulin — accurately show diabetes as a frustrating, dangerous, ongoing challenge. Readers will swoon for Blue’s cherished service dog, Otis, who helps keep her safe.... Exciting treasure hunt, refreshingly unromanticized chronic illness — a good combo." — Kirkus Reviews