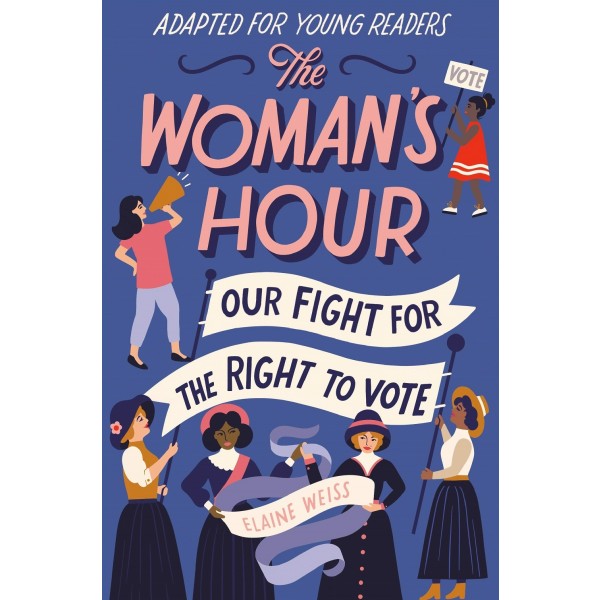 The Woman's Hour: Our Fight for the Right to Vote (Young Readers Edition)

American women are so close to winning the right to vote. They've been fighting for more than seventy years and need approval from just one more state. But suffragists face opposition from every side, including the "Antis" — women who don't want women to have the right to vote. It's more than a fight over politics; it's a debate over the role of women and girls in society, and whether they should be considered equal to men and boys.

Over the course of one boiling-hot summer, Nashville becomes a bitter battleground. Both sides are willing to do anything it takes to win, and the suffragists — led by brave activists Carrie Catt, Sue White, and Alice Paul — will face dirty tricks, blackmail, and betrayal. But they vow to fight for what they believe in, no matter the cost. This young reader's adaptation of The Woman's Hour, which includes an 8-page photo insert, will spark the attention of young readers and teach them about activism, civil rights, and the fight for women's suffrage — just in time for the 100th anniversary of the ratification of the Nineteenth Amendment.