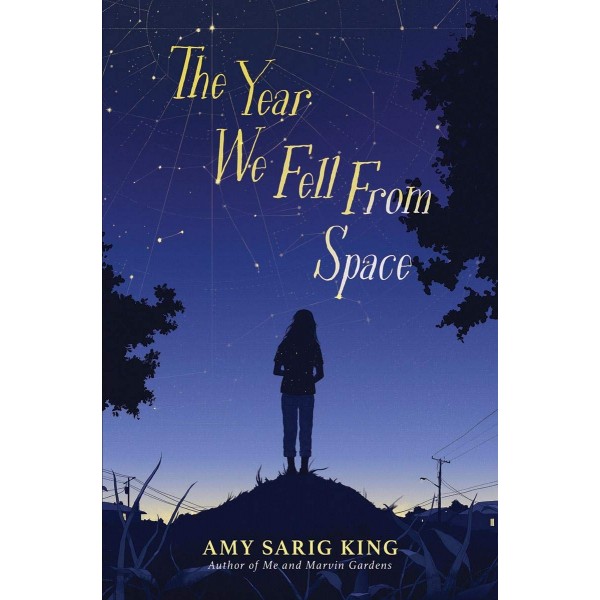 The Year We Fell From Space

Liberty Johansen is going to change the way we look at the night sky. Most people see the old constellations, the things they've been told to see. But Liberty sees new patterns, pictures, and possibilities. She's an exception.

Some other exceptions: Her dad, who gave her the stars. Who moved out months ago and hasn't talked to her since. Her mom, who's happier since he left, even though everyone thinks she should be sad and lonely. And her sister, who won't go outside their house.

Liberty feels like her whole world is falling from space. Can she map a new life for herself and her family before they spin too far out of reach? This affecting novel about a girl trying to bring order to her world explores how divorce changes everyone in a family.

"Desperate to restore her family, Lib bargains with the stars and meteorite she lugged home, utilizing magical thinking to bring about Dad’s return. Counseling helps, too. Lib may not be clinically depressed like Dad, but what ails her is equally huge. 'We co-own a divorce. Split four ways,' she tells him. 'It’s ours.' Lib’s precise, present-tense narration sensitively reveals how divorce changes each family member, not just their relationships. It’s a painful truth, but for Lib, sharing that hard-won insight is also empowering." — Kirkus Reviews