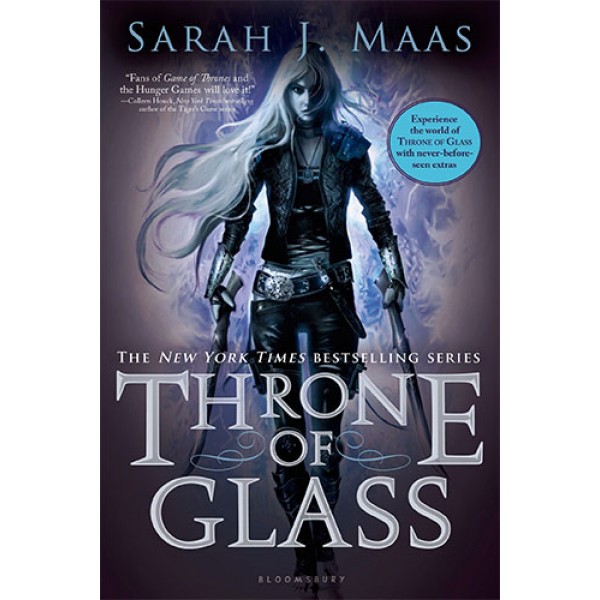 In a land without magic, where the king rules with an iron hand, an assassin is summoned to the castle. She comes not to kill the king, but to win her freedom: if she defeats twenty-three killers, thieves, and warriors in a competition, she is released from prison to serve as the king's champion. Her name is Celaena Sardothien.

The Crown Prince will provoke her. The Captain of the Guard will protect her. But something evil dwells in the castle of glass -- and it's there to kill. When her competitors start dying one by one, Celaena's fight for freedom becomes a fight for survival, and a desperate quest to root out the evil before it destroys her world.

"Maas has created a strong and sympathetic character in Celaena, who is able to best men in a fight but is laid low by the return of her monthly cycle. The world-building is complex, as is the political intrigue. Fans of Tamora Pierce will find a lot to love here and will wait eagerly for the next installment." -- Genevieve Gallagher, School Library Journal