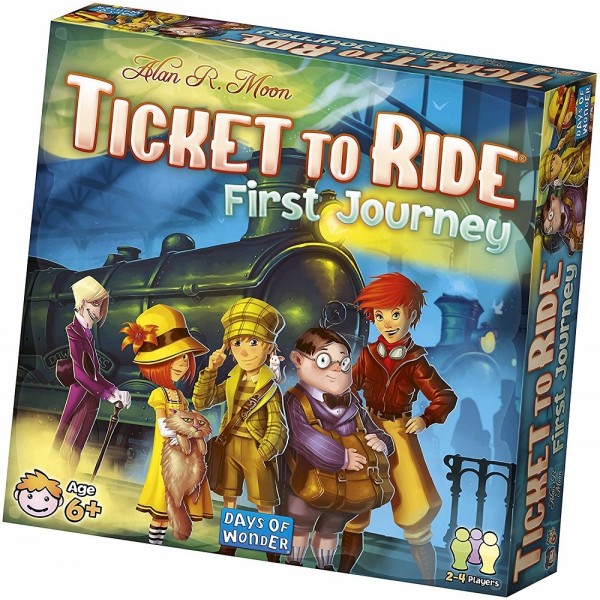 Players of all ages can now venture across America by train in Alan R. Moon's Ticket To Ride: First Journey, an adapted version of Ticket To Ride! Just like in Ticket To Ride, players collect train cards, claim routes, and try to connect cities coast-to-coast. In First Journey, though, routes are shorter, train cards are drawn straight from the deck, and the game ends when one player completes six tickets, claiming the golden ticket as their prize. Climb aboard, travelers, your incredible first journey awaits!

This game for 2 to 4 players is fast-paced and takes less than 30 minutes to play.