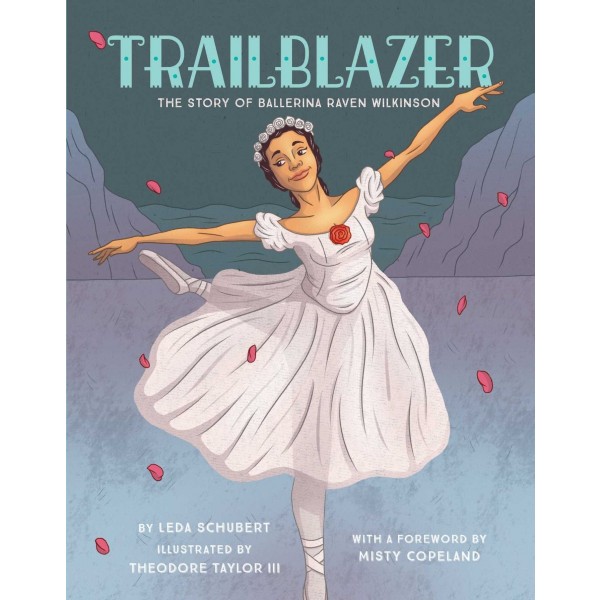 When she was only five years old, her parents took her to see the Ballet Russe de Monte Carlo. Raven perched on her crushed velvet seat, heard the tympani, and cried with delight even before the curtain lifted. From that moment on, her passion for dance only grew stronger. No black ballerina had ever danced with a major touring troupe before. Raven would be the first.

When she started touring with her troupe in the United States in 1955, Raven encountered much racism in the South, but the applause, alongside the opportunity to dance, made all the hardship worth it. Several years later she would dance for royalty with the Dutch National Ballet and regularly performed with the New York City Opera until she was fifty. This beautiful picture book tells the uplifting story of the first African American woman to dance for a major classical ballet company and how she became a huge inspiration for dancers after her — including another groundbreaking ballerina, Misty Copeland.

"Raven's love for and commitment to her art saw her through such difficult times as when her troupe's stage was rushed by men spewing epithets. Schubert's succinct text places Raven's life in the context of Brown v. Board of Education and the KKK. Many of Raven's own words and descriptions are used, such as her recounting how she sometimes lightened her skin while refusing to 'deny my very being and who I was'.... Her important story and inspiring impact is brought forward with a connection to, and personal testimonial from, the contemporary dancer Misty Copeland, whom Raven inspired-just as she will inspire readers." — Andrew Medlar, Booklist