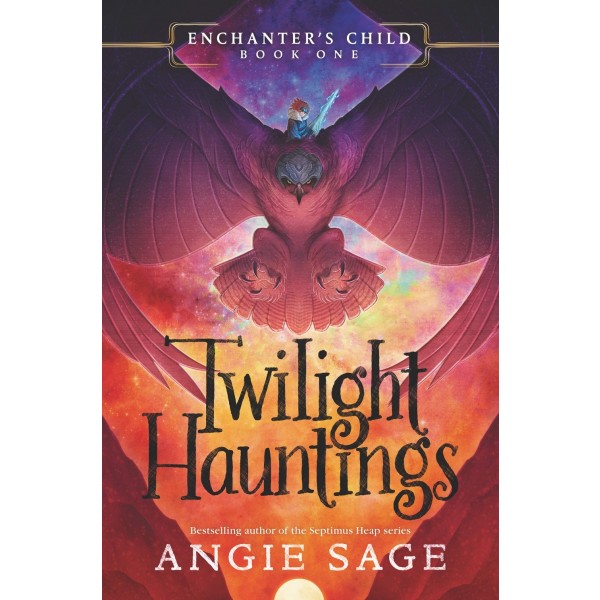 Alex has a set of Enchanted cards. When she flutters her fingers above them, something magical happens: the cards come alive and create moving pictures of what is now and what is yet to come. But Enchantment is illegal in the city of Luma, and those who practice it are imprisoned forever in the Vaults — dark dungeons deep below the city. So when Alex is betrayed by her foster sister Zerra, she knows she is in great danger. With the help of her little foster brother, Louie, she makes a daring escape.

But Alex discovers she is not safe outside Luma either. Here lurk deadly Hauntings that seek out those who practice magic: Enchanters and their children — and they're hunting Alex. Alex doesn’t believe she’s an Enchanter’s Child, but her precious Enchanted cards are her only clue to her true identity, and she becomes determined to find out who she is. And, while she is at it, to get rid of the deadly Twilight Hauntings forever.

Angie Sage, New York Times bestselling author of the Septimus Heap series, crafts a fantasy world where enchantment is illegal, Oracles knit octopuses, wizards run around in soggy underpants, and one girl is on a mission which might just save the kingdom.

"Once again, Sage offers intricate worldbuilding, richly evocative settings, nuanced characters (all have flaws and don’t always manifest their good intentions), deftly woven plotting, and wry humor. The downside to eating dried snake is revealed; the royal ex-Enchanter offers caustic comments on the king’s penchant for alliteration; and visitors making the arduous climb to question the Oracle are confronted with a 'No Picnicking' sign.... An unmitigated delight." — Kirkus Reviews