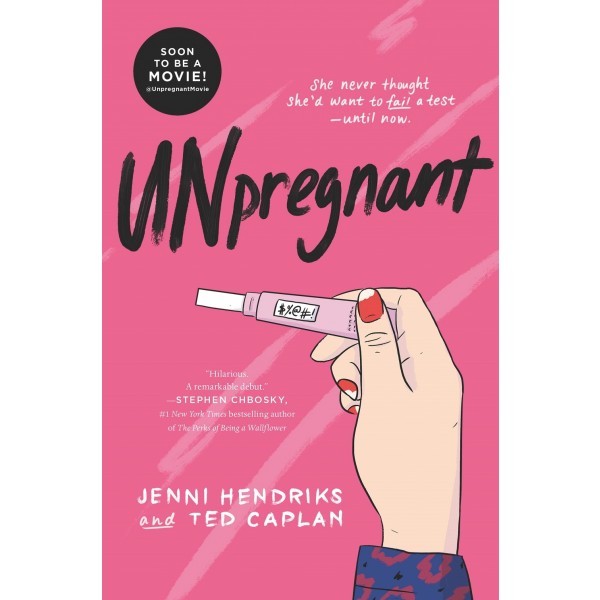 Seventeen-year-old Veronica Clarke never thought she'd want to fail a test — that is, until she finds herself staring at a piece of plastic with two solid pink lines. With a college-bound future now disappearing before her eyes, Veronica considers a decision she never imagined she'd have to make: an abortion. There's just one catch — the closest place to get one is over nine hundred miles away.

With conservative parents, a less-than-optimal boyfriend, and no car, Veronica turns to the only person who won't judge her: Bailey Butler, a legendary misfit at Jefferson High — and Veronica's ex-best friend. What could go wrong? Not much, apart from three days of stolen cars, crazed ex-boyfriends, aliens, ferret napping, and the betrayal of a broken friendship that can't be outrun. Under the starlit skies of the Southwest, Veronica and Bailey discover that sometimes the most important choice is who your friends are. Perfect for fans of Juno and Jennifer E. Smith, Unpregnant is a heartfelt and hysterically funny YA debut about fierce friendship, reproductive rights, and the wild road to adulthood.

"Both entertaining and educational, the novel contains detailed descriptions of Veronica’s abortion research, phone call to Planned Parenthood, and time at the clinic, which demystify abortion and build empathy for those who make that choice. Instead of centering the decision itself, Veronica’s narrative emphasizes the situational and emotional hurdles keeping her from what she knows she wants.... Timely, hilarious, and heartfelt." — Kirkus Reviews