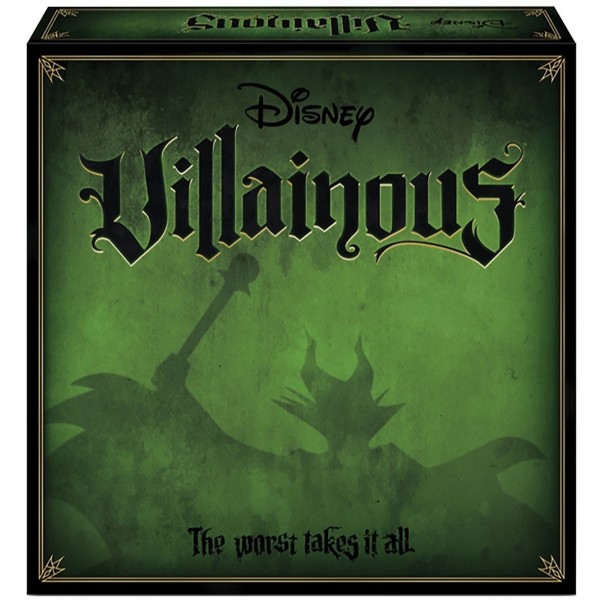 In this epic contest of sinister power from Ravensburger, take on the role of a Disney villain and strive to achieve your own devious objective! Each of the villains — Ursula, Captain Hook, Maleficent, Jafar, Queen of Hearts, and Prince John — has their own unique goal and abilities. However, fate can be funny; events and heroes from each villain's movie pop up in their Fate Deck, allowing other players to thwart your plans. Each villain comes with their own guide to help you learn their strategy, and once you've mastered one, you can move on to the next.

This game for 2 to 6 players takes approximately 50 minutes to play. There are also two expansions that can be played as either stand-alone games or as additions to this one: Wicked to the Core, which introduces Dr. Facilier, the Evil Queen, and Hades, and Evil Comes Prepared, which introduces Scar, Ratigan, and Yzma.