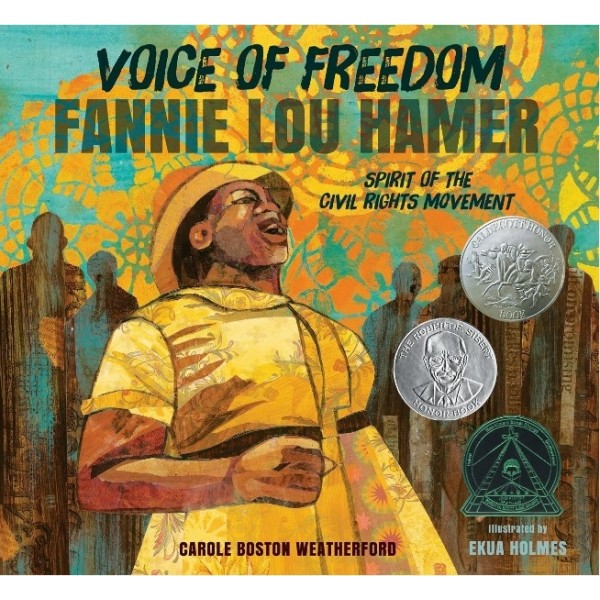 "I am sick and tired of being sick and tired." Despite fierce prejudice and abuse, even being beaten to within an inch of her life, Fannie Lou Hamer was a champion of civil rights from the 1950s until her death in 1977. Integral to the Freedom Summer of 1964, Ms. Hamer gave a speech at the Democratic National Convention that, despite President Johnson's interference, aired on national TV news and spurred the nation to support the Freedom Democrats.

"Told in the first person from Hamer's own perspective, this lyrical text in verse emphasizes the activist's perseverance and courage, as she let her booming voice be heard. Holmes's beautiful, vibrant collage illustrations add detail and nuance, often depicting Hamer wearing yellow, which reflects her Sunflower County roots and her signature song, 'This Little Light of Mine'....Hamer's heroic life story should be widely known, and this well-crafted work should find a place in most libraries." — Marilyn Taniguchi, School Library Journal