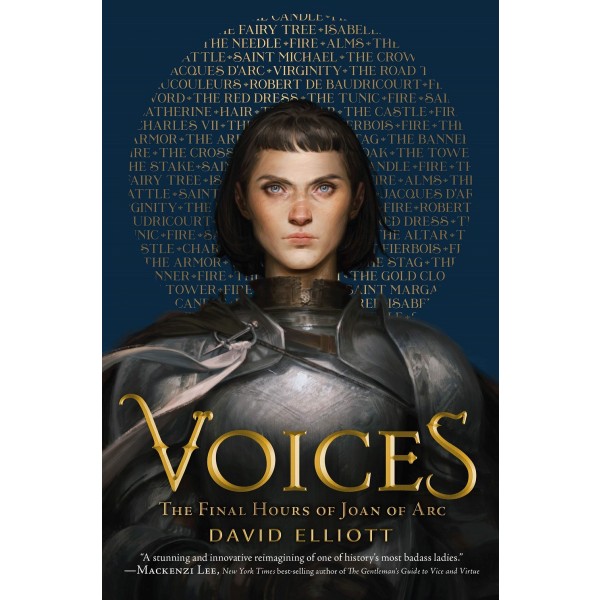 Voices: The Final Hours of Joan of Arc

Bestselling author David Elliott explores how Joan of Arc changed the course of history and remains a figure of fascination centuries after her extraordinary life and death. Told through medieval poetic forms and in the voices of the people and objects in Joan's life, (including her family and even the trees, clothes, cows, and candles of her childhood), Voices offers an unforgettable perspective on an extraordinary young woman.

Along the way, this novel in verse explores timely issues such as gender, misogyny, and the peril of speaking truth to power, both through Joan's perspective and through the eyes of those who both accused and defended her. Before Joan of Arc became a saint, she was a girl inspired. It is that girl we come to know in Voices.

"The expected characters are there — Charles VII, her mother, the saints who guided her — but also other, unexpected, choices — the fire, the arrowhead that pierced her shoulder, her hair, her virginity. The title cleverly alludes to both the voices that guided Joan and the cacophony of voices in the book, all of whom take various forms that heighten their individual personality.... An innovative, entrancing account of a popular figure that will appeal to fans of verse, history, and biography." — Kirkus Reviews