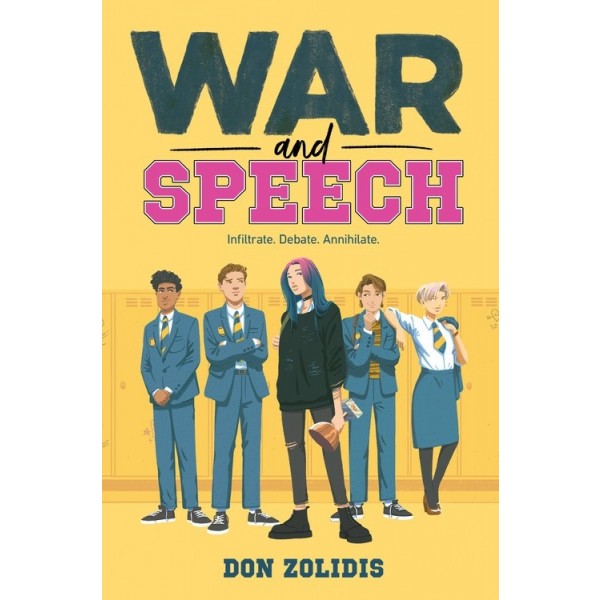 Not everyone can be a winner...and Sydney Williams knows this better than anyone. After her white-collar-criminal dad is sent to prison, Sydney fails almost all of her classes and moves into a dingy apartment with her mom, who can barely support them with her minimum-wage job at the mall. A new school promises a fresh start — except Eaganville isn't exactly like other high schools. It's ruled with an iron fist by a speech team that embodies the most extreme winner-takes-all philosophy.

Sydney is befriended by a group of fellow misfits, each of whom has been personally victimized by the speech team. It turns out Sydney is the perfect plant to take down the speech team from within. With the help of her co-conspirators, Sydney throws herself into making Nationals in speech, where she will be poised to topple the corrupt regime.

But what happens when Sydney realizes she actually has a shot at... winning? Sydney lost everything because of her dad's obsession with being on top. Winning at speech might just be her ticket out of a life of loserdom. Can she really walk away from that? Mean Girls meets the debate team in this funny and thoughtful fish-out-of-water story.

"The dissent Sydney and friends sow within the team involves inflaming rivalries, toying with hormones, and various other dirty tricks — luckily, the varsity team members are so odious that their punishments remain hilarious. The true villain is the win-at-all-costs abusive coach. Sydney also copes with her family’s new normal — incarcerated father, dramatically reduced socio-economic status, and her mother’s boyfriend, a meathead lunk played for laughs (until he blossoms into a surprisingly supportive and caring character).... Outrageous and uproariously funny." — Kirkus Reviews