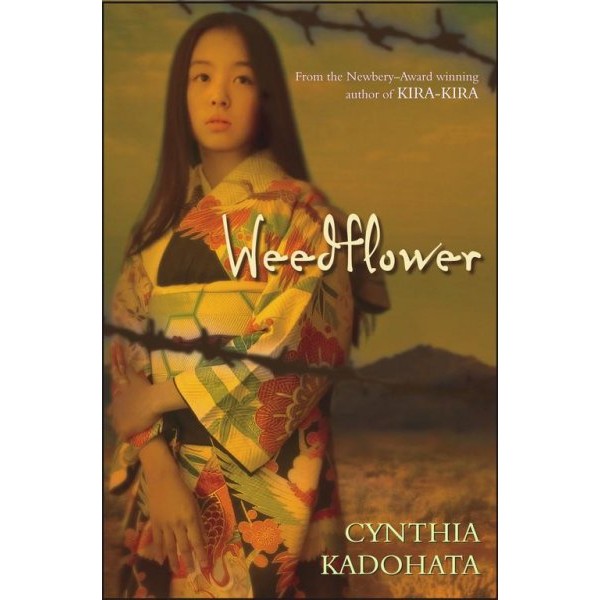 Twelve-year-old Sumiko feels her life has been made up of two parts: before Pearl Harbor and after it. The good part and the bad part. Raised on a flower farm in California, Sumiko is used to being the only Japanese girl in her class. Even when the other kids tease her, she always has had her flowers and family to go home to.

That all changes after the horrific events of Pearl Harbor. Other Americans start to suspect that all Japanese people are spies for the emperor, even if, like Sumiko, they were born in the United States. As suspicions grow, Sumiko and her family find themselves being shipped to an internment camp in one of the hottest deserts in the United States.

Sumiko soon discovers that the camp is on an Indian reservation and that the Japanese are as unwanted there as they'd been at home. But then she meets a young Mohave boy who might just become her first real friend... if he can ever stop being angry about the fact that the internment camp is on his tribe's land.

"Kadohata brings into play some complex issues, but they realistically dovetail with Sumiko's growth from child to young woman. She is a sympathetic heroine, surrounded by well-crafted, fascinating people. The concise yet lyrical prose conveys her story in a compelling narrative that will resonate with a wide audience." — School Library Journal