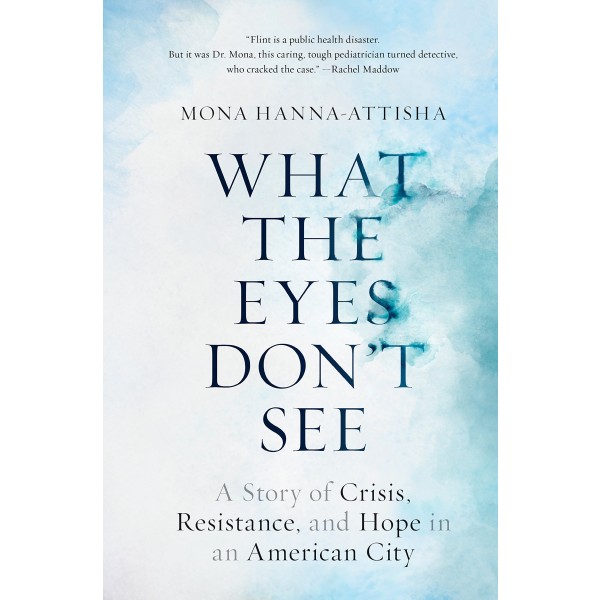 What The Eyes Don't See: A Story of Crisis, Resistance, and Hope in an American City

Here is the inspiring story of how Dr. Mona Hanna-Attisha, alongside a team of researchers, parents, friends, and community leaders, discovered that the children of Flint, Michigan, were being exposed to lead in their tap water — and then battled her own government and a brutal backlash to expose that truth to the world. Paced like a scientific thriller, this book reveals how misguided austerity policies, broken democracy, and callous bureaucratic indifference placed an entire city at risk. And at the center of the story is Dr. Mona herself — an immigrant, doctor, scientist, and mother whose family's activist roots inspired her pursuit of justice.

What the Eyes Don't See is a riveting account of a shameful disaster that became a tale of hope, the story of a city on the ropes that came together to fight for justice, self-determination, and the right to build a better world for their — and all of our — children.

"[Hanna-Attisha] recounts how state and local government officials ignored her requests for data, deflected responsibility, downplayed the threat, and tried to discredit the findings of her study, conducted with help from a corrosion expert, which found that the percentage of children with blood-lead elevations had doubled after the switch. That study eventually proved to be the 'game-changer' that resulted in the state’s declaring a public health emergency and switching the water source back to Lake Huron. Hanna-Attisha’s empathy for her patients and the people of Flint comes through, as do her pride in her Iraqi roots and her persistent optimism." — Publishers Weekly