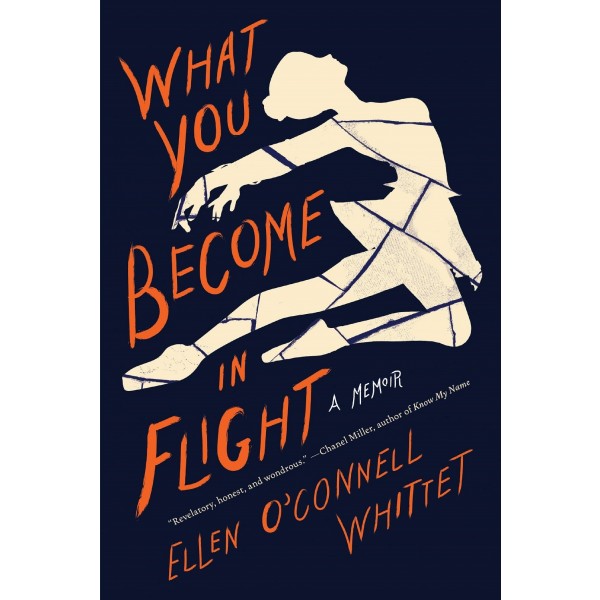 What You Become in Flight: A Memoir

With a promising career in classical ballet ahead of her, Ellen O'Connell Whittet was devastated when a misstep in rehearsal caused a career-ending injury. Ballet was the love of her life. She lived for her moments under the glare of the stage-lights — gliding through the air, pretending however fleetingly to effortlessly defy gravity.

Yet with a debilitating injury forcing her to reconsider her future, she also began to reconsider what she had taken for granted in her past. Beneath every perfect arabesque was a foot, disfigured by pointe shoes, stuffed — taped and bleeding — into a pink, silk slipper. Behind her ballerina's body was a young girl starving herself into a fragile collection of limbs. Within her love of ballet was a hatred of herself for struggling to achieve the perfection it demanded of her.

In this raw and redemptive debut memoir, Ellen O'Connell Whittet explores the silent suffering of the ballerina — and finds it emblematic of the violence that women quietly shoulder every day. For O'Connell Whittet, letting go of one meant confronting the other; only then was it possible to truly take flight. This is a lyrical and meditative memoir on the damage we inflict in the pursuit of perfection, the pain of losing our dreams, and the power of letting go of both.