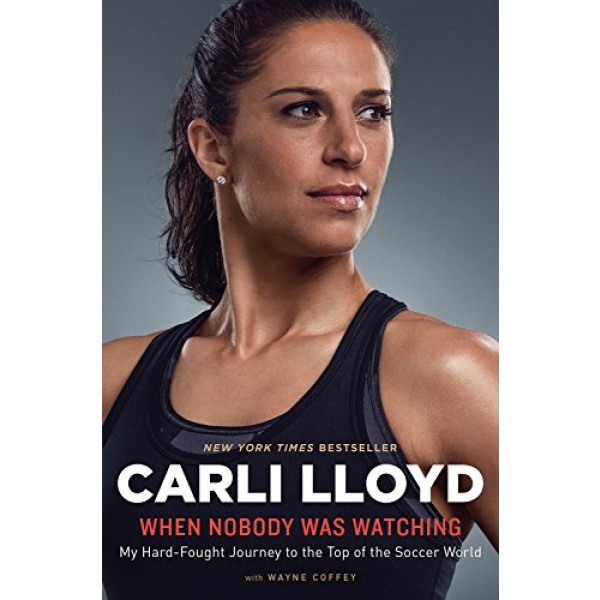 When Nobody Was Watching: My Hard-Fought Journey to the Top of the Soccer World

In 2015, the U.S .Women’s National Soccer Team won its first FIFA championship in sixteen years, culminating in an epic final game that electrified soccer fans around the world. It featured a gutsy, brilliant performance by team captain and midfielder Carli Lloyd, who made history that day, scoring a hat trick — three goals in one game — during the first sixteen minutes.

But there was a time when Carli almost quit the sport. In 2003 she was struggling, her soccer career at a crossroads. Then she found a trusted trainer, James Galanis, who saw in Carli a player with raw talent, skill, and a great dedication to the game. What Carli lacked were fitness, mental toughness, and character. Together they set to work, training day and night, fighting, grinding it out. No one worked harder than Carli. And no one believed in her more than James. Despite all the naysayers, the times she was benched, moments when her self-confidence took a nosedive, she succeeded in becoming one of the best players in the world.

This candid reflection on a remarkable turnaround will take readers inside the women's national team and inside the head of an athlete who willed herself to perform at the highest levels of competition.