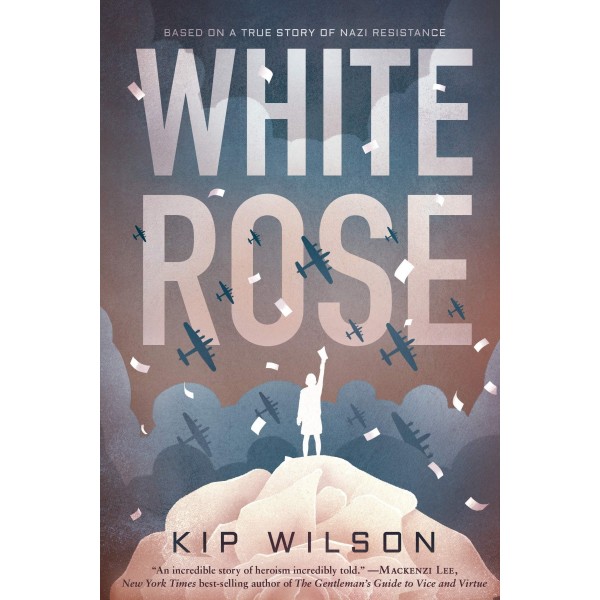 Disillusioned by the propaganda of Nazi Germany, 21-year-old Sophie Scholl, her brother, and his fellow soldiers formed the White Rose, a group that wrote and distributed anonymous letters criticizing the Nazi regime and calling for action from their fellow German citizens. The following year, Sophie and her brother were arrested for treason and interrogated for information about their collaborators. After a short show trial, she was sentenced to death — and executed mere hours afterward.

This stunning novel in verse recounts the lives of Sophie and her friends and how they chose to become resisters to an overwhelmingly repressive regime. Gorgeous and powerful, it is a moving portrait of a courageous young woman's defiant stand against fascism at the height of Nazi power.

"Wilson traces the growing rage and rebellion that drive her into collaboration with Hans and university students to publish and distribute leaflets of resistance to the German public — an offense punishable by death. Occasional entries by a Gestapo investigator pursuing the group create mounting tension, even though the book’s opening scene reveals the outcome of his mission: Sophie’s capture and subsequent trial. Illuminating back matter on the real-life Sophie and the White Rose movement adds additional context to this strong addition to the canon of WWII fiction for young readers." — Publishers Weekly