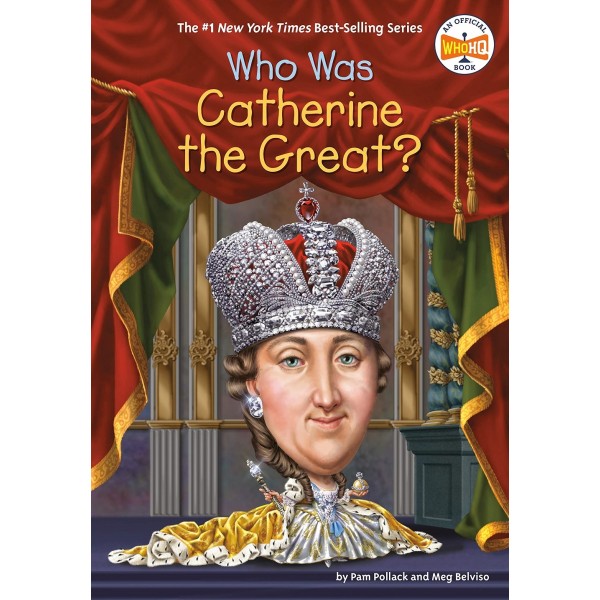 Who Was Catherine the Great?

Learn how a Prussian princess grew up to be Russia's longest-ruling female leader! Born in 1729, Princess Sophie of Anhalt-Zerbs was never supposed to come to power. But at age sixteen, she married the heir to the Russian throne. By 1762, Sophie, known now as Catherine, overthrew her immature and incompetent husband, Peter III, to lead the nation. Catherine became the sole ruler of Russia.

This exciting title from the Who Was? biography series explores how Catherine was able to turn Russia into one of the great powers of Europe by expanding its borders, helping improve its educational system, and advocating for the arts. Her three-decade reign is considered the Golden Age of Russia; no wonder she is called Catherine the Great!