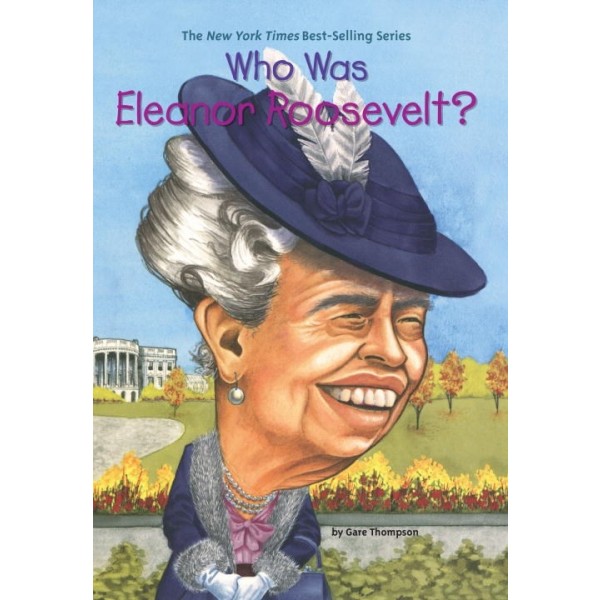 Who Was Eleanor Roosevelt?

For a long time, the main role of First Ladies was to act as hostesses of the White House...until Eleanor Roosevelt.  Born in 1884, Eleanor was not satisfied to just be a glorified hostess for her husband, President Franklin Delano Roosevelt. Eleanor had a voice, and she used it to speak up against poverty and racism.

She had experience and knowledge of many issues, and fought for laws to help the less fortunate. She had passion, energy, and a way of speaking that made people listen, and she used these gifts to campaign for her husband and get him elected president-four times! A fascinating historical figure in her own right, Eleanor Roosevelt changed the role of First Lady forever. This captivating illustrated biography from the Who Was...? series introduces middle grade readers to this trailblazing woman.