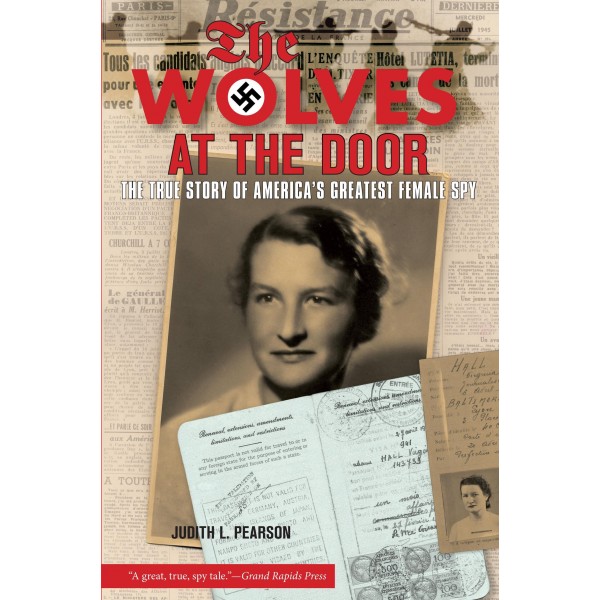 The Wolves At The Door: The True Story Of America's Greatest Female Spy

Virginia Hall left comfortable Baltimore roots of wealth and privilege in 1931 to follow her dream of becoming a Foreign Service Officer. She watched as Hitler rolled into Poland, then France, and she decided to work for the British Special Operations Executive (SOE). Despite her artificial leg, the result of an amputation after a hunting accident, Hall excelled, learning things her wealthy Baltimore contemporaries would never have imagined — demolitions, assassination, secret radio communications, and resistance organization.

Deployed to France, Hall was so effective that, soon, wanted posters appeared offering a reward for the capture of "The most dangerous of all Allied spies... we must find and destroy her." By winter of 1942 Hall had no choice but to flee France via the only route possible: a hike on foot through the frozen Pyrenees Mountains into neutral Spain. Then, the OSS recruited her and sent her back to France in the spring of 1944, disguised as an old peasant woman, where she directed resistance activities and personally killed 150 German soldiers and captured 500 others. This is the true story of Virginia Hall, a remarkable woman who has been ignored by the history books for over fifty years.