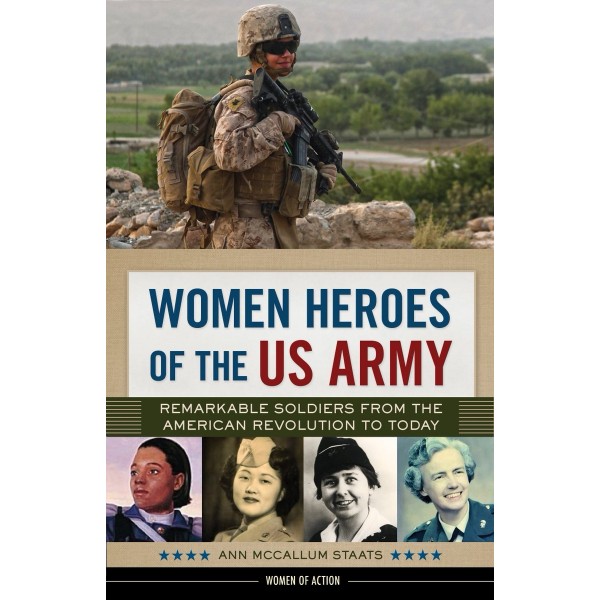 Though early laws prohibited women from becoming soldiers, they still found ways to serve, even disguising themselves as men in order to participate in active battle. Women Heroes of the US Army chronicles the critical role women have played in strengthening the US Army from the birth of the nation to today. These smart, brave, and determined women led the way for their sisters to enter, grow and prosper in the forces defending the United States.

In this book from the popular Women of Action series, teen readers will learn about bold women who dared to break gender and racial barriers in order to be proud members of the Army. Through the profiles highlighting the achievements of these trailblazers, from the Revolutionary War to World Wars I and II to the Army of today, young women today can envision an equitable future.