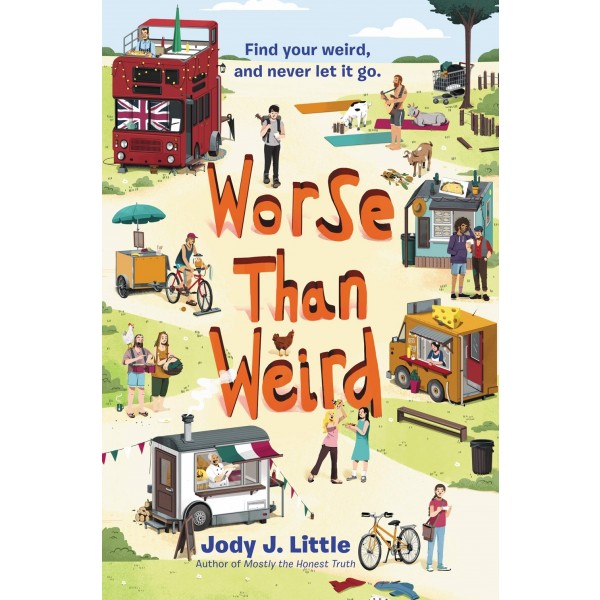 Hoping to ditch two months of chicken coops, kale, and her hippie parents’ antiscreen rules, Mac MacLeod sets out to win a citywide food cart scavenger hunt and the money she needs for the summer coding camp of her dreams. But Mac discovers more than just clues during her cross-city sprint — like how her weird parents might not be the worst thing compared to the circumstances of those around her... even her closest friends.

With the same humor and hope of her debut novel, Mostly the Honest Truth, Jody J. Little gives readers another spunky, unforgettable character to root for — and encourages kids to reconsider whether "weird" is the worst thing to be.

"Mac soon learns that all of her treasure-hunt partners have parent-related troubles of their own: family separation, intense pressure to excel in competitive swimming, parental mental illness, and homelessness. All the while she adopts a coder’s mindset to solve problems: both big and small, inanimate and human. Readers will appreciate following the multiethnic food-focused treasure hunt, Mac’s zeal for coding, and her compassionate friends as well as her eventual transformation in thinking about the life of her family." — Kirkus Reviews