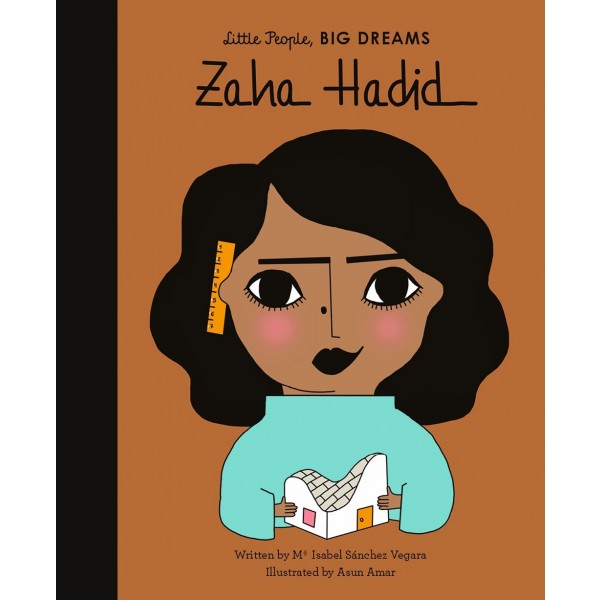 Zaha Hadid grew up in Baghdad, Iraq, surrounded by music. She was a curious and confident child, who designed her own modernist bedroom at nine years old. As a young woman studying at University in Beirut, she was described as the most outstanding pupil the teacher had ever met. With her spectacular vision and belief in the power of architecture, she founded her own firm and designed some of the most outstanding buildings in the world — including the London 2012 Olympic Aquatic Centre.

This inspiring book from the Little People, BIG DREAMS series features stylish and quirky illustrations and extra facts at the back, including a biographical timeline with historical photos and a detailed profile of the architect's life.