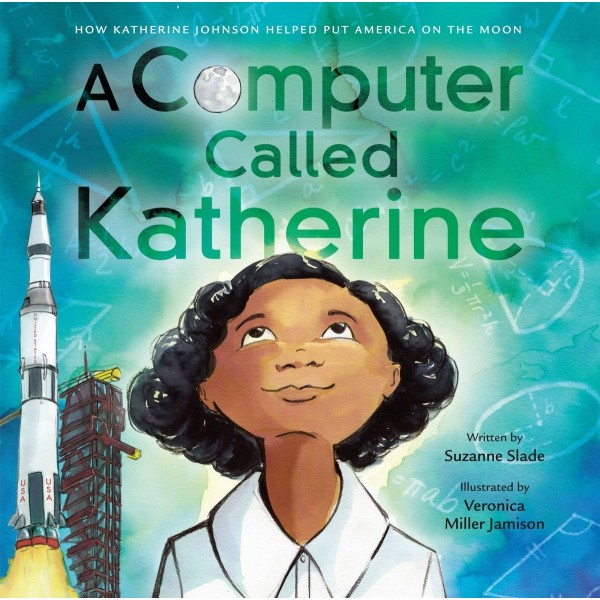 Katherine knew it was wrong that African Americans didn't have the same rights as others — as wrong as 5+5=12. She knew it was wrong that people thought women could only be teachers or nurses — as wrong as 10-5=3. And she proved everyone wrong by zooming ahead of her classmates, starting college at fifteen, and eventually joining NASA, where her calculations helped pioneer America's first manned flight into space, its first manned orbit of Earth, and the world's first trip to the moon!

"This retelling of Johnson's achievements focuses on her path as a black female mathematician. The book devotes a spread to the civil rights struggle, illustrating how people were divided about school integration; it also shows that many disagreed about whether women should work at jobs traditionally held by men. Jamison stresses how Johnson's talent for math broke both barriers.... Back matter includes author and artist notes about their personal connection to the subject, quotes from Johnson herself, and sources and credits." — Kathleen Isaacs, School Library Journal