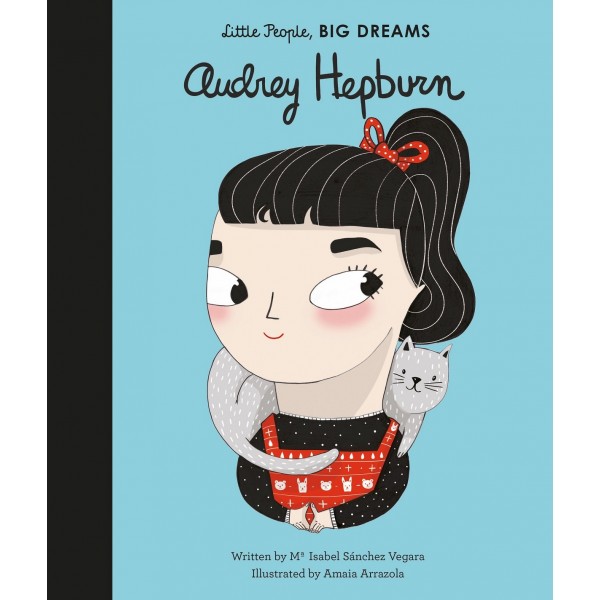 Audrey Hepburn grew up in Arnhem in the Netherlands. After living through the hardships of World War Two, she moved to study ballet in London. She went on to star in plays and films, eventually becoming one of the most iconic actresses of all time. But she never forgot her experiences during the war, so she also dedicated herself to humanitarian work, becoming a UNICEF ambassador and speaking movingly about the importance of caring for and protecting every person on the planet.

This inspiring book from the Little People, BIG DREAMS series features stylish and quirky illustrations and extra facts at the back, including a biographical timeline with historical photos and a detailed profile of the actress's life.