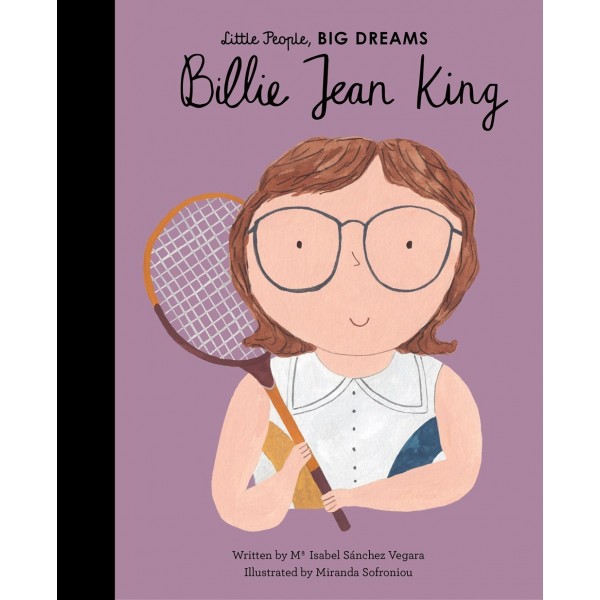 Billie Jean began playing tennis at the age of 11. After one of her first tennis lessons, she told her mother, "I'm going to be No. 1 in the world," a title she would come to hold five times between 1966 and 1972. But plenty of people didn't think women athletes were capable — so when a retired male tennis player claimed that he could beat a woman at the top of her game, she was happy to prove him wrong. Decades later, she is still considered one of the most successful women in sports history.

This exuberant book from the Little People, BIG DREAMS series features stylish and quirky illustrations and extra facts at the back, including a biographical timeline with historical photos and a detailed profile of this groundbreaking athlete's life. Inspire the next generation of outstanding people who will change the world with Little People, BIG DREAMS!