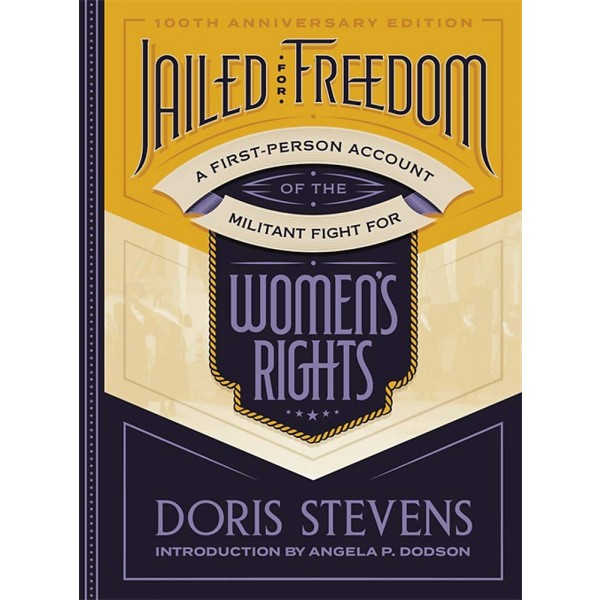 Jailed for Freedom: A First-Person Account of the Militant Fight for Women's Rights

First published in 1920, Jailed for Freedom is the courageous, true story of the militant suffragists who organized some of the first-ever, large scale demonstrations and protests on Washington. At a time when President Woodrow Wilson's administration refused to acknowledge women's voting rights as a tangible issue, the National Woman's Party coalesced, organized, and fought a fierce battle for the ratification of the Nineteenth Amendment with heroism, bravery, and radical vigilance.

With depth and clarity, Doris Stevens details the bravery of the women who picketed daily outside the White House, opened themselves up to ridicule and physical violence, were arrested on no viable charges, jailed when they chose not to pay fines, and even beaten and force-fed when they went on hunger strikes.

The 100th-anniversary special edition of Jailed for Freedom includes a new introduction from suffrage historian Angela P. Dodson, author of Remember the Ladies, and is accompanied with poignant, archival illustrations that pay tribute to the women and acts it took the pass the Nineteenth Amendment, apropos of radical activism that is still mobilizing in politics today.