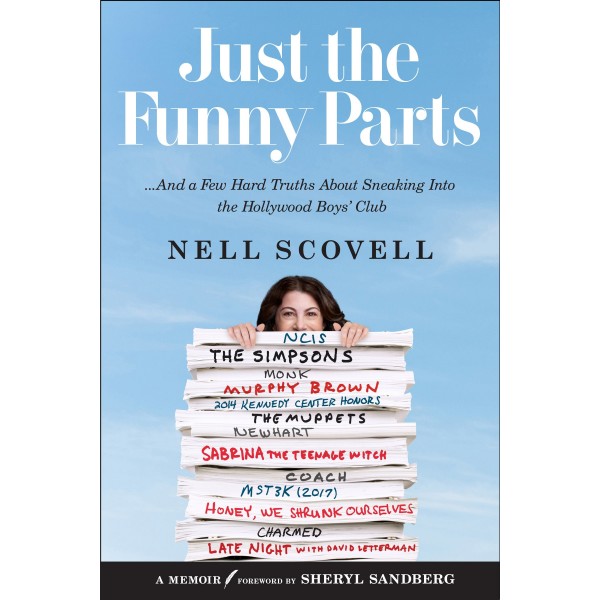 Just the Funny Parts... And A Few Hard Truths About Sneaking into the Hollywood Boys' Club

You've almost certainly laughed at Scovell's jokes — you just didn't know it until now. For more than thirty years, writer, producer and director Nell Scovell worked behind the scenes of iconic TV shows, including The Simpsons, Late Night with David Letterman, Murphy Brown, NCIS, The Muppets, and Sabrina, the Teenage Witch, which she created and executive produced.

In 2009, Scovell gave up her behind-the-scenes status when the David Letterman sex scandal broke. Only the second woman ever to write for his show, Scovell used the moment to publicly call out the lack of gender diversity in late-night TV writers' rooms. "One of the boys" came out hard for "all of the girls." Her criticisms fueled a cultural debate. Two years later, Scovell was collaborating with Sheryl Sandberg on speeches and later on Lean In, which resulted in a worldwide movement.

Now Scovell is opening up with this fun, honest, and often shocking account. Just the Funny Parts is a fast-paced account of a nerdy girl from New England who fought her way to the top of the highly-competitive, male-dominated entertainment field. The book delivers invaluable insights into the creative process and tricks for navigating a difficult workplace. It's part memoir, part how-to, and part survival story. Or, as Scovell puts it, "It's like Unbroken, but funnier and with slightly less torture."