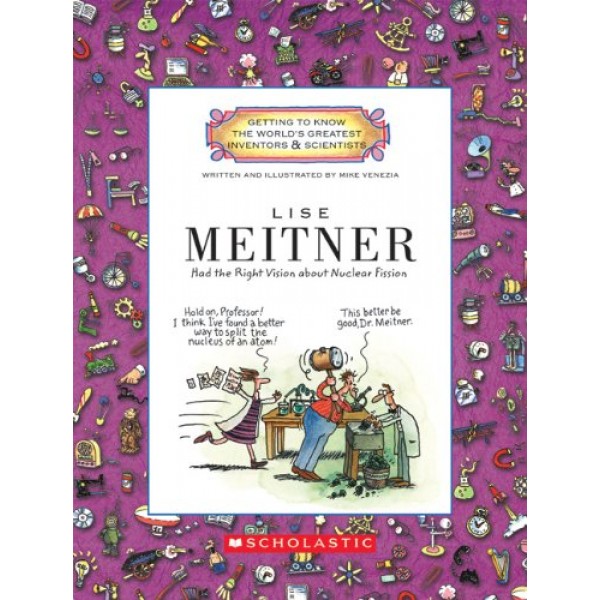 Lise Meitner: Had the Right Vision About Nuclear Fission

"Lise Meitner, who was born in 1878 in Vienna, Austria...was fascinated by science and math in a time when girls were discouraged from studying these subjects. She was able to continue her studies beyond high school at the University of Vienna where she studied physics....Lise later worked with Dr. Otto Hahn in Berlin for thirty years but had to leave Germany when Adolf Hitler came into power. She continued her research on atoms, though. She was the first scientist to use the word "fission" to describe what happens when an atom is split, even though Otto was awarded the Nobel Prize for the discovery." -- Shelley Nelson, www.bn.com

These books are without a doubt the definitive and most entertaining biographies of scientists for young readers. Author and artist Mike Venezia provides hilarious, cartoon-style illustrations to complement his easy-to-read text and full-color reproductions of the scientists' sketches and notebooks.